The accused did not know about this money and thus had resorted to allegedly stealing her jewellery. 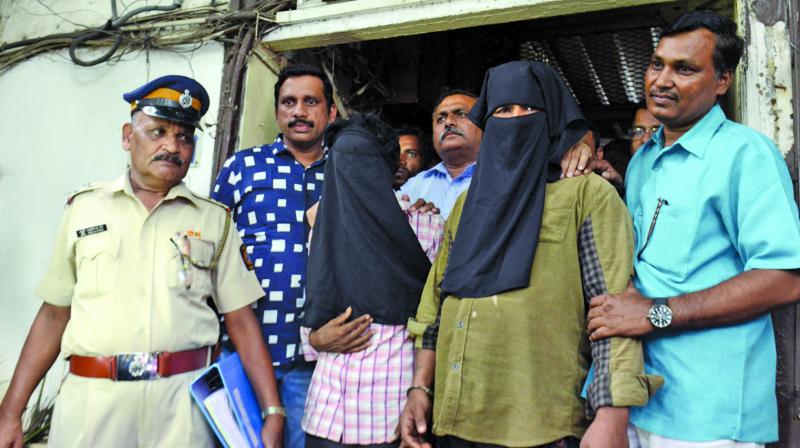 Mumbai: The Amboli police, which is probing Kritika Chaudhary’s murder said that the two arrested accused, Shakeel Naseem Khan (33) and Basu Das (40), who alledgedly killed her with a knuckleduster on June 8, had allegedly planned for the murder well in advance, and had purchased the weapon on the day of murder. While interrogating, the duo confessed that they stole the ornaments that she was wearing, worth nearly Rs 1.80 lakh, as a revenge for not paying the money that she owed them.

Following murder of Kritika on June 8, the main accused Khan kept changing his location to misguide the police who were on his trail.

The officials investigating the case said that the two accused who knew each other from being employed at the Mahim dump yard a few months before Khan’s arrest in a case of drug possession in August last year. The two seemed to be friends since a long time. In fact, Khan had borrowed money from Das for an emergency but had been arrested before he could repay the amount to Das.

After Khan was released in June this year, Das kept asking him to repay the borrowed money. However, since Khan had recently been released, he had absolutely no money to return Das’ money.

Speaking to The Asian Age, Bharat Gaikwad, senior police inspector attached to the Amboli police station said, “We are investigating the case and the interrogation of both the accused is yet to complete. It is too soon for us to make any comments about the developments in the case.”

According to the police sources, after the murder, the police officials had recovered Rs 20,000 from Chaudhary’s purse that was lying around somewhere in her house. The sources said that Chaudhary was not doing well professionally and that it could have been the reason why she was holding onto the money she had. The accused did not know about this money and thus had resorted to allegedly stealing her jewellery.

After entering Chaudhary’s residence, the accused had asked her to pay Rs 6,000 that she owed Khan. But after she denied making the payment and resisted, the duo allegedly killed her with a knuckleduster that they had allegedly bought from a local shop.