RTI would be discarded if applicant dies: Centre

New provisions are likely to jeopardise lives of applicants. 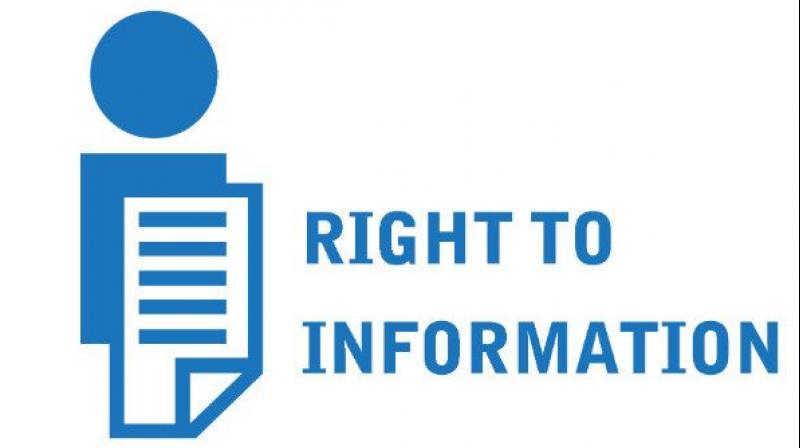 There have been allegations that the government has tried to dilute the RTI Act ever since its inception. (Representational image)

Mumbai: The Centre’s new set of draft rules for Right To Information (RTI) Act, which makes it tougher for applicants to seek information under the Act, has become controversial. One of the major provisions that is being opposed by all, says that the application would be discarded if the applicant dies. RTI activists across the country have been fighting to remove this particular provision, which according to them would jeopardise the lives of the applicants. There have been allegations that the government has tried to dilute the RTI Act ever since its inception.

The Department of Personnel and Training (DoPT), Government of India had published a new set of draft rules 2017 earlier this year. The citizens were given time till April 25 to register suggestions and objections on the draft rules. However, even after April 25, 2017, there has been no decision so far from the DoPT about the rules.

Pointing out the objectionable provision in the draft rule, RTI activist Venkatesh Nayak of Commonwealth Human Rights Initiative raised concerns over the safety of the applicants.

“Attention must be paid to the deteriorating situation of safety and security of RTI activists and information seekers. There are close to 400 documented cases of attacks on information seekers by vested interests,” said Mr Nayak.

In 2007, there were only eight cases of assaults or harassment of the information seeker across the country. In 2017, this has become a gory phenomenon,” he further said.

Former information commissioner Shailesh Gandhi shared similar sentiments. “The major problem is in case of death of the applicant, the application would be treated as null and void. The appeal can be withdrawn by applicant.

This is a serious problem because it would encourage people to threaten RTI users as also attack them or kill them,” said Mr Gandhi.

“I have proposed to them if an RTI activist is suspected to have been murdered because of RTI application the commissioner should order for all the information (the applicant had asked for) and put it on the website. The Central information Commission and Maharashtra Information commissioner has been practicing this without any (such) rule,” he added.

However, Mr Gandhi also said there are some positive things in the draft rules. “Information seeking should be restricted to 500 words. It is a very reasonable position to take,” he said.

Anjali Bhardwaj of National Campaign for Peoples’ Right to Infor-mation, a non-governmental organisation, said common applicants would find the new rules complicated. “Assessments have shown that anywhere between 40 to 60 lakh RTI applications are filed every year in India.

A large percentage of these applications are filed by the poor and marginalised and therefore, the process of filing an appeal to the Commission should be people-friendly and not burdened with legalistic procedures,” said Ms Bhardwaj.

“Therefore, we suggest that rather than requiring the appellant to get accompanying documents, ‘duly authenticated and verified’, the requirement should be limited to self-attestation by the appellant. Simi-larly, the requirement to certify that the matter under appeal has not been previously filed and disposed or is pending with the commission or any court, should be done away with,” she added.

Some provisions in RTI draft rules