Indian Mujahideen had planned attack to avenge 2013 UP riots

An email, which was to be released to the media after the aborted attack, was found on the laptop of Ajaz Shaikh, IM’s logistics provider. 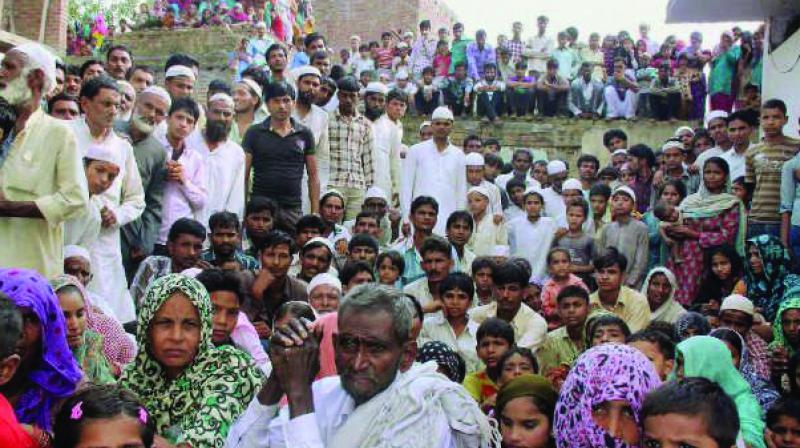 Around 60 people were killed in Muzaffarnagar riots.

Mumbai: The National Investigation Agency (NIA)’s probe into the February 2013 Hyderabad blasts had uncovered a plot by the Indian Mujahideen (IM) for an allegedly terror attack in Uttar Pradesh to avenge Muslims who lost their lives in the Muzaffarnagar riots, but it failed to carry it out, according to sources.

An email, which was to be released to the media after the aborted attack, was found on the laptop of Ajaz Shaikh, IM’s alleged logistics provider. He was awarded a death penalty by a special court in December 2016, for his alleged role in the Hyderabad blasts and is currently in judicial custody, said a NIA source.

Shaikh was initially arrested by Delhi police’s special cell and was later taken in custody by the NIA. The Muzaffarnagar riots during August-September 2013, resulted in over 60 deaths, while thousands of families were displaced.

“A draft email was found from Shaikh’s laptop, which had to be sent after the proposed attack, that ultimately did not take place. It had the same IM letterhead that was used on the email that was sent to the media after its September 2010 Jama Masjid attack. It was to be sent by Ajaz Shaikh after receiving the draft email from Riyaz Bhatkal,” said the source.

Shaikh allegedly, also supplied the explosives used in the April 2010 Chinnaswamy stadium blasts in Bangalore to Bhatkal, said the source. Fifteen persons, including six security personnel, were injured in the low-intensity blast, hours before an IPL cricket match between the Royal Challengers and Mumbai Indians.

Meanwhile, the Maharashtra ATS is set to examine Shaikh’s alleged role in the February 2010 German Bakery blast case in Pune.