Mr Munde’s lawyer said that the said land was disputed and the matter went to court and based on a decree, another person became its owner. 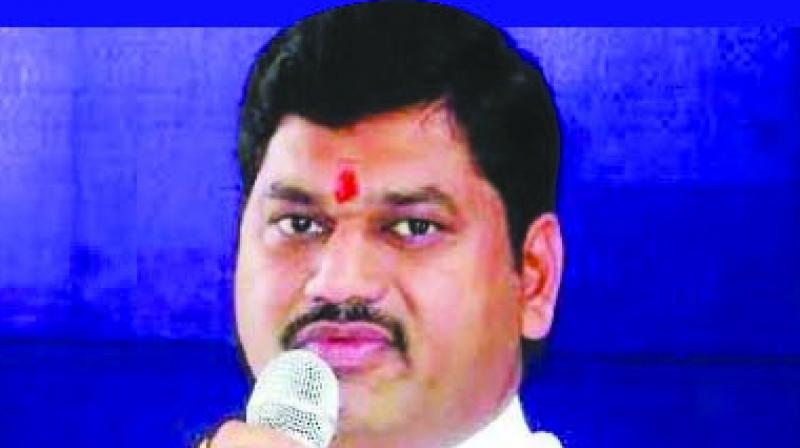 Mumbai: The Bombay high court Tuesday directed the police to file a case against Dhananjay Munde, Leader of Opposition in the Maharashtra Legislative Council, in connection with the alleged illegal purchase of government land in Beed district.

A division bench of Justices T.V. Nalawade and K.K. Sonawane gave directions on the petition filed by one Rajabhau Phad stating that the land at Pus village in Ambejogai tehsil, Beed, belonged to the government and was given to the Belkhandi math in Beed as a gift when Ranit Wyanka Giri was its mahant (priest). As per the law however, the land could not be transferred without the government's permission. After the death of Mr Giri, his heirs transferred the land in their names and claimed that they were its owners and that the government had not been informed about the same. Mr Munde later bought the land in 2012 on the basis of a general power of attorney.

Mr Munde applied for non-agricultural status (NA) for the land and got it, the petition alleged. Mr Phad approached the Bardapur police station in Beed, seeking that a criminal case be lodged against Mr Munde, his wife and others. But when the police failed to initiate a probe, Mr Phad approached the high court, claiming that the land originally belonged to the government and hence, could not be sold to anyone.

Mr Munde’s lawyer said that the said land was disputed and the matter went to court and based on a decree, another person became its owner. He added that in 2012, Mr Munde bought the land from that person by adhering to all legal procedures. It was not mentioned anywhere that the land belonged to the government, Mr Munde’s lawyer said while asserting that the entire process was legal.

The Aurangabad bench of the high court, however, said that prima facie, it appeared that the government land had been usurped and hence, directed the Bardapur police to file a case against Mr Munde and others and probe the allegations.