Marine activists and the BMC have appealed to the citizens to not venture in-to the sea. 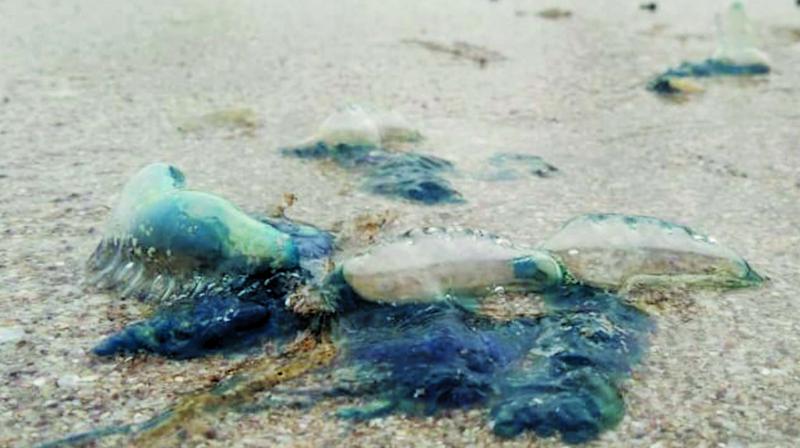 The species were spotted at Girgaum Chowpatty beach on Tuesday.

Mumbai: Even before the arrival of the monsoon, Mumbai beaches are plagued with blue bottles also known as Portuguese Man’O War, a marine animal that resembles jellyfish.

The species were spotted at Girgaum Chowpatty beach on Tuesday. They are known to cause a painful sting when in contact with the human body, that can stay for a long duration.

Marine activists and the BMC have appealed to the citizens to not venture in-to the sea.

The venomous marine animals are known to make an appearance on Mumbai’s shore during monsoon every year. However this time, they were first spotted at Aksa Beach last week.

The BMC has stated that the lifeguards deployed by the civic body have been creating awareness on the spotting of marine animals. “If anybody gets stung by blue bottle, it is important to call the lifeguards for help immediately. One should avoid rubbing the affected area as it aggravates the sting,” said a BMC official.

According to the marine experts, its sting causes unbearable pain and welts, and often leads to muscle weakness. Instead of rubbing it, salt water can be poured over the sting and tentacles should be removed from the body part.