Going by satellite images, the area near Kaveskar Lake used to be covered with trees that have now been razed. 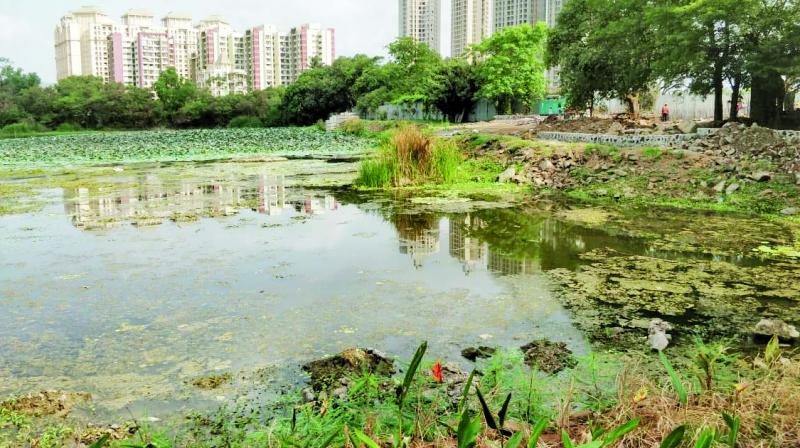 The ancient lake near Hiranandani Estates in Thane.

Mumbai: An ancient lake near Hiranandani Estates in Thane faces the possibility of reclamation by developers after having been neglected by the civic body.

The water body has been completely covered with artificial plants, harming the natural ecosystem inside. Greens have said that several birds frequent the lake, which is now at risk of destruction.

The Thane Municipal Corporation (TMC) has undertaken beautification of the water body. Green activists said that around 80 per cent of the lake has been destroyed due to the civic body removing native lotus plants from it. Moreover, the TMC’s claim that the plants have been removed to maintain nutrient levels inside the water body has puzzled activists.

Going by satellite images, the area near Kaveskar Lake used to be covered with trees that have now been razed. “The TMC has claimed that the phosphorus level in the water body has increased drastically due to which they are carrying out rejuvenation work. But what is the need to remove lotus plants from the water body,” questioned Thane-based activist Rohit Joshi.

A complaint has been made to the state wetland authority. “The satellite images from 2013 show that there was green cover beside the lake. However in this case, they have been axed and now, the plants inside are also being removed citing imbalance of nutrients inside the water body,” said Mr Joshi.