Rejected houses to be affordable

Homes built for PAPs will now be turned into affordable houses. 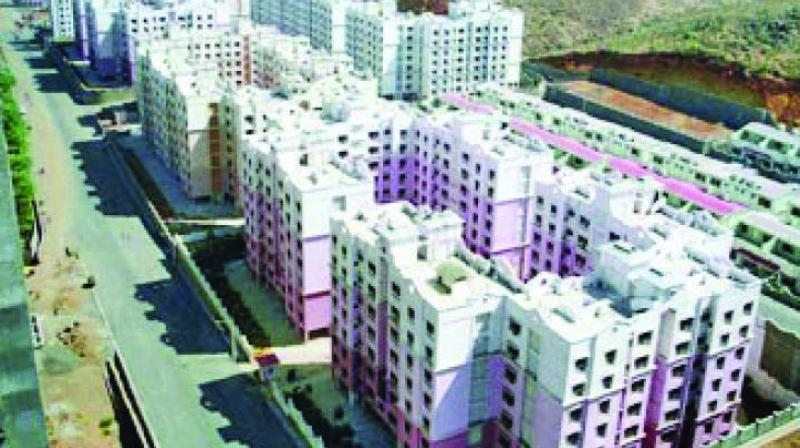 Homes that were initially meant for PAPs will now be available as affordable houses as they refused to live there.

Mumbai: The Maharashtra government, which is under pressure to construct 20 lakh affordable houses in a five-year period, has decided to declare 50,000 homes built for project-affected people (PAP) in Mumbai as affordable houses. The houses were built a few years ago for PAPs, but are still vacant as no one was ready to opt for alternative accommodation.

Creating affordable houses in Mumbai has been a tough challenge for the government as the land is very expensive. The government has already moved proposals for a few hundred houses in the Mumbai Metropolitan Region (MMR). However, the demand is higher for houses in Mumbai, as people come here daily to earn their livelihood.

In the last three years, the government has not built a single house in Mumbai or in any other parts of the state. There has not been much demand for affordable housing from rural areas, where the Pradhan Mantri Awas Yojana (PMAY) is applicable.

In Mumbai, the government has identified around 50,000 vacant houses of 250 square feet each, which are vacant. Most of the vacant houses are in Mahul and Trombay where PAPs have refused to shift to.

“The government had handed over about 23,059 houses to the Brihan-mumbai Municipal Corporation (BMC) and 24,824 houses to the Mumbai Metropolitan Region Development Authority (MMRDA) to rehabilitate their PAPs some time back. However, most of these houses are still vacant as the PAPs had refused to live in them. The government has now decided to open up these houses under the affordable housing scheme,” a senior official from housing department said. There will be little discrimination as these houses are 250 sq ft in area and under the PMAY, the houses are 322 sq ft.

Confirming the move, housing minister Prakash Mehta said that the government would take the vacant houses under the affordable housing sche-me. “About 50,000 houses in of Mumbai’s Vidya Vihar, Bhandup and Mahul areas lying vacant. We are planning to open them for the public under the affordable housing scheme. This will help the people to get houses in Mumbai,” Mr Mehta said. Asked about the details of the scheme, the definition of affordability and whom to give the houses to, the minister said that discussions are underway.

Chief minister Devendra Fadnavis had announced the 19 lakh affordable houses after coming to power in 2014. This was one of the main announcements of the BJP-led government. However, in the past two-and-a-half years, state agencies have not started any work on this.