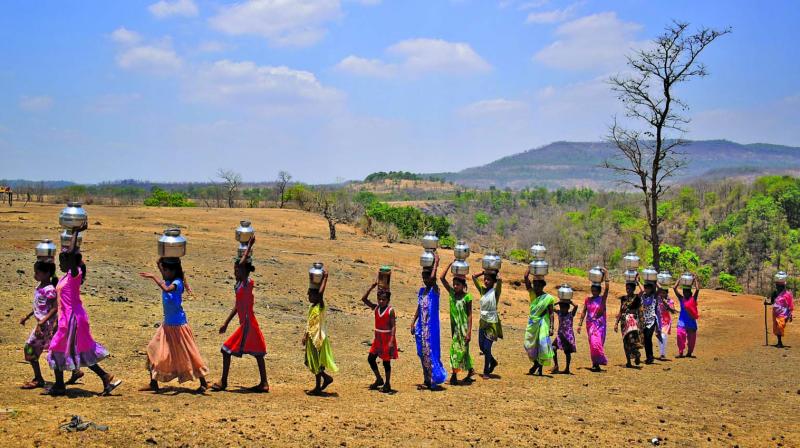 Mumbai: This summer, although with 10 per cent of water cut, Mumbai city is getting an uninterrupted water supply and is not facing the heat of water scarcity. However, ironically the people of Shahapur taluka from where the city gets its water are facing a daily struggle to arrange even a bucket of water. Mumbai gets a daily supply of 455 million litres of water  from the Vaitarna and Tansa dams and 2,050 million litres from the Bhatsa dam in Shahapur.

Around 1,000 people from Shahapur, the largest taluka of Thane district, had also taken out a morcha to Mantralaya last summer demanding that the taluka gets its rightful share of water. The protestors, who walked 100 kilometres to meet chief minister Devendra Fadnavis, said while three dams in Shahapur cater to Mumbai, they are facing a shortage.

The residents of Shahapur said that they could survive almost a year with the amount of water Mumbai consumes in a day. The Shahapur Gram Panchayat Samiti has estimated that the taluka with a population of four lakh needs 17.62 million litres of water daily. About 150 villages don’t get water in the taluka while some avail water through tankers.

Ashok Jangale a resident of Shahapur said, “We demand equality in water supply. Mumbai receives water 24/7 and we wait an entire night for a bucket of water. Why is there such discrimination? It is sad to see dams filled with water next to our doors but we are supplied water only through tankers. Government should stop this discrimination.”  Experts say that rural areas should be paid attention as much as urban areas in terms of development of our country.

Reportedly, of the 131 schemes implemented to solve water scarcity, 87 have stopped. Moreover, the money earned from supplying water to Mum-bai, goes to the Zilla Paris-had and not Shahapur. The locals had approa-ched officials with their problem in April 2012. However, water woes continue for this summer too.

The locals have urged the BMC to work on the infrastructure development of Shahapur, with special attention to the adivasi villages of Kasa-ra, Khardi and Sakadbav. They also demand a grant of 15 per cent reservation for the locals from the municipal corporation.