Around 1 pm on Friday, Roy shot himself in the jaw, while his wife Bhavna was in the other room. 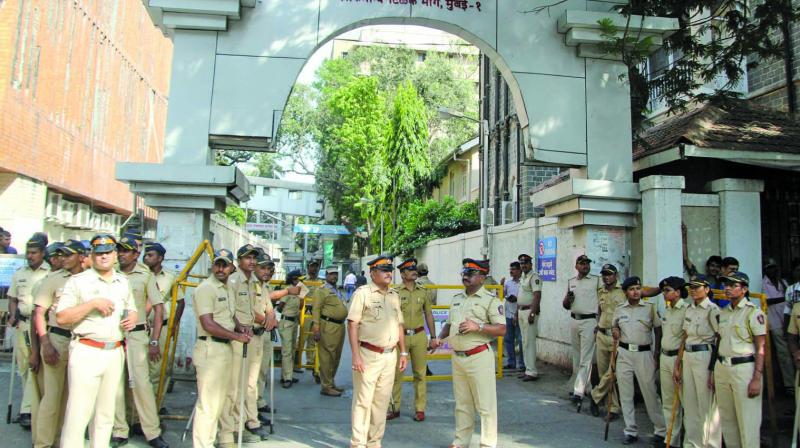 MUMBAI: In the wake of the sudden suicide of decorated senior police officer, additional director general of police (establishment) Himanshu Roy on Friday afternoon, all senior police officers of Mumbai police made a beeline to his south Mumbai residence to offer their condolences. As soon as the incident was reported, the Mumbai police sent three vans to be parked outside his residence, with a high-level security detail. Soon, mediapersons and people known to Roy had thronged the gates of his building.

Around 1 pm on Friday, Roy shot himself in the jaw, while his wife Bhavna was in the other room. As soon as she heard the shot, she rushed to see what happened, only to find her husband dead on the floor. Roy, who was over six feet tall, always stood out as one of the fittest cops in the city with a strict diet and exercise regime. He enjoyed playing tennis, squash and maintained a high-protein and low-carbohydrate diet at all times. Of the many senior police officials who visited Roy’s residence, Manoj Kumar Sharma, deputy commissioner of police (zone 1) said, “It is very saddening and shocking. We have recovered a suicide note in which he had stated that he was tired of his ailment and would like to depart peacefully. Roy also mentioned that nobody is to be blamed for his death.”

One of Roy’s neighbours said, “He was a very disciplined man. He was a jolly man, and we had even played tennis together twice.”

One of the police officers stationed outside his residence said, “I had interacted with him once in 2012, and he was very cordial with me. I couldn’t believe it that an officer of his stature was so down to earth, and talking to me so sweetly, as I was a constable back then.” Meanwhile, as the post-mortem was being carried out at the Gokuldas Tejpal (GT) Hospital, the hospital gates were flooded with media personnel and the Mumbai police deployed heavy security. Several top police officials started visiting the hospital premises between 5 and 6 pm while regular patients and their kin were barred from entering from the main gate for some time.