He was immediately rushed to Bombay Hospital where he was declared dead on arrival at 1.47 pm. 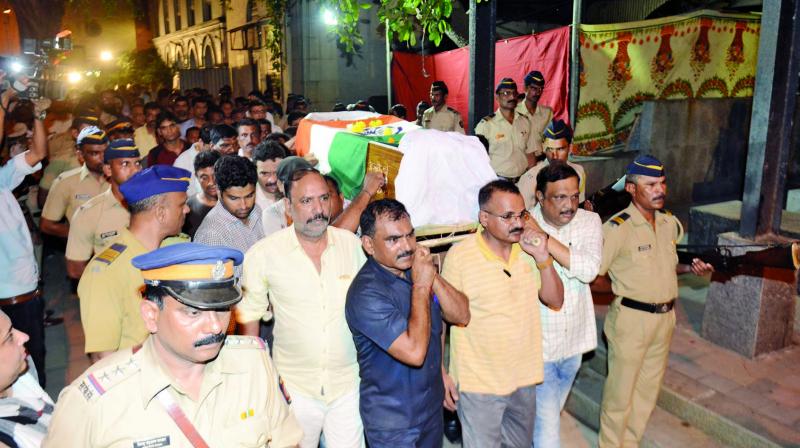 Mumbai: Senior IPS officer Himanshu Roy (54), a former head of the Maharashtra Anti-Terrorism Squad (ATS) and Mumbai crime branch shot himself with his personal licensed revolver at his south Mumbai residence on Friday. Roy, who was afflicted with bone-marrow cancer and had been on medical leave for two years, shot himself in his mouth around 1 pm. He was immediately rushed to Bombay Hospital where he was declared dead on arrival at 1.47 pm.

The Mumbai police, which has registered an accidental death report, said in a statement, “A suicide note has been found which states that he is ending his life as he is frustrated with the disease (cancer).”

Roy had developed a swelling on his body nearly four years ago, which was later detected as cancer. He continued to work while under treatment. Two years ago, when the cancer spread to his bones, he went on a medical leave. The cancer, however, spread later to his brain for which he was to undergo a surgery.

The police said that Roy was in his bedroom while his wife was present in the residence when he killed himself. It is learnt that he wrote the note when he was alone.

A team of experts from the forensic sciences laboratory (FSL) visited Roy’s residence soon after he was rushed to the hospital and collected samples from the scene of the incident.