Wine to get a twist with stems, leaves 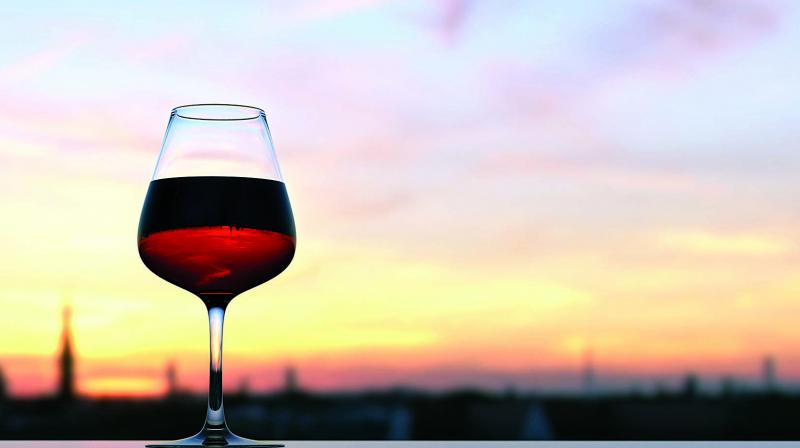 The proposal is at final stage of approval and would encourage wineries to experiment and produce wine from different substances. (Photo: Pixabay)

Mumbai: The next time you sip, swirl and swallow your wine, you may get a taste of rose, lotus stem, mint leaves or any natural substances in it. In bid to diversify and promote wine production in the state, the state excise department has plans to change its policy and allow winemakers to produce the alcoholic beverage from flowers, stems, leaves or any natural substances. The proposal is at final stage of approval and would encourage wineries to experiment and produce wine from different substances.

The changes in the policy were made after a demand from the industry to allow wine from rose petals and honey. At present, wine is made from fruits like grapes, jamun, banana, chikoo, orange etc. “A women group had demanded permission to make wine from rose petals. Instead of allowing only one substance, we have taken a broader view and plan to allow winemaking from natural substances. The policy will be approved soon,” said excise minister Chandrashekhar Bavankule.

The excise department has proposed changes in the Maharashtra Manufacture of Beer and Wine Rules 1966. The rules have now added, “flowers, stems, leaves or such natural substances from which wine can be produced”. The proposal was prepared in 2014, however, did not move further then.

According to the state excise department, wine production from all natural substances has great potential. “There is a demand from the people to allow winemaking from different substances. This will help the wine industry and also the department to increase revenue,” said an official from the excise department.

Shatbi Basu, the country’s first woman bar tender, who heads the STIR Academy of Bartending welcomed the move. “The decision has long-term potential. We need to provide required infrastructure for the wine producers to have the best wine. Only framing rules will not serve the purpose. The quality of fruits or any other natural substance should be really good to make fine wine. There is an oldest wine in England called mead, which is made from honey. Australia is also experimenting with honey wine. In India, there are experiments of wine from oranges. In Europe, lots of fruits like strawberries, raspberries, litchi, plum are used for winemaking,” she said.

D.D. Tupe who has his own vineyard and wine, 12 Soils in Baramati said, “The best wine is made from grapes because it is good for crushing. But many countries have experimented with different fruits. Some of them have even failed but enthusiasm is intact. I had tried making wine from Karvanda (wild berries), which did not get colour like grapes. It is good that the government is encouraging the industry,” Mr Tupe said.

Wine Tales
In India, wines are produced mainly in Maharashtra, Karnataka and Himachal

80% wines are produced in Nashik district, cheers to its climate, fertile soils and a long grape-growing history.

Come On Charlie! is India’s finest fruit wine made from strawberry.

What is fruit wine?
Fruit wine is made from the juice of ripe fruit, not blended with grape wine or any other flavour. It is fermented with fruits and derives all of its alcohol from it. The alcohol content in wine can vary, but typically, it has an alcohol level between 7 and 15 per cent.