All other BJP leaders maintained silent over the statement and refused to comment officially. 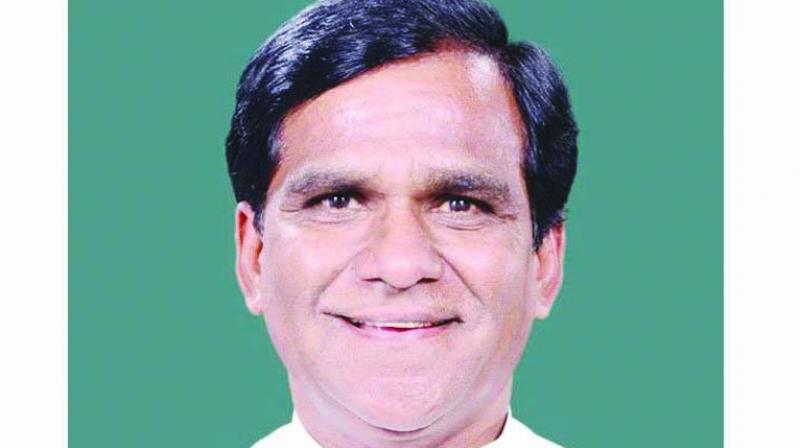 However, the Congress and Nationalist Congress Party (NCP) have threatened to kick off a stir against Mr Danve if he is not removed from his post. Also, Mr Danve faced the ire of trolls on social media on Thursday. And while the Shiv Sena protested at a few places in the state against Mr Danve’s statement, Maharashtra Navnirman Sena (MNS) chief Raj Thackeray has termed the senior BJP leader a ‘monster’ for the comment.

In his apology, Mr Danve said he did not mean to hurt farmers. “I understand the farmers’ sorrows. I have always taken side of farmers in last 35 years of my political career. I apologise if the farmers are hurt,” Mr Danve said in a release. Meanwhile, all other BJP leaders maintained silent over the statement and refused to comment officially.

“The state government not only purchased four lakh tonnes of tur dal but also increased its quota by additional procurement of one lakh tonnes... saale still complain,” Mr Danve had said while speaking on the ongoing tur crisis.

Maharashtra Pradesh Congress Committee president Ashok Chavan told reporters that his party would launch a statewide stir from Friday against Mr Danve’s “derogatory”
comments. Mr Chavan said Mr Danve had insulted the farmers at a time when the government was neither procuring the tur produce nor giving a loan waiver to help them tide over the agrarian crisis, which was arising out of drought conditions, unseasonal rains and lack of a good market price for their produce. “Important leaders in the ruling party are making irresponsible statements,” he said.

NCP state president Sunil Tatkare termed Mr Danve arrogant. “When power goes to your head, your feet are not on the ground,” he said.