The site visit that was to include Mr Pandey and take place last month has been delayed and is yet to be conducted. 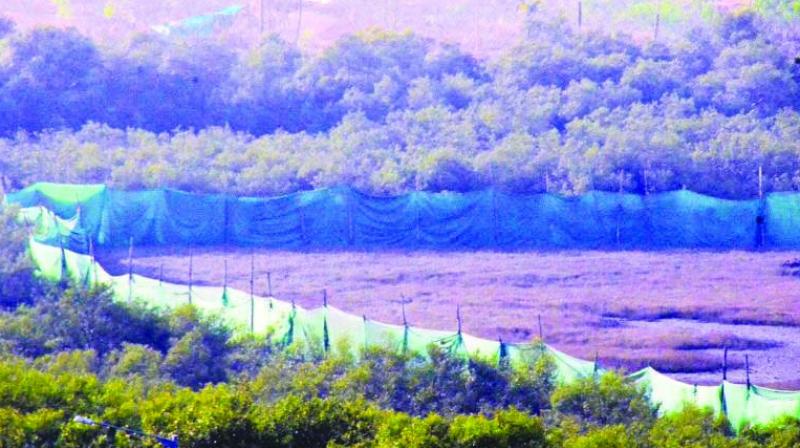 The tehsildar had visited the site of the alleged green violation last on April 24.

Mumbai: Borivali tehsildar Archana Mule in a letter to the deputy zonal officer of the Brihanmumbai Municipal Corporation (BMC) has said that Essel Group has failed to remove green agronets it had installed in the wetlands of Gorai in spite of her reminding it twice i.e. on April 5 and April 11.

Ms Mule had visited the site of the alleged violation last on April 24. Green activists will attend another site visit, which will be held by the month-end.

Harish Pandey, a Dahisar-based activist alleged, “There have been various violations on the part of the management of Essel World, but even a single step hasn’t been taken against the destruction caused to the mangroves by them.”

The site visit that was to include Mr Pandey and take place last month has been delayed and is yet to be conducted. Asked why no action was taken against the group, Ms Mule said, “My officers are on the case and have been personally visiting the site. We will soon conduct another site visit after officers who are one leave rejoin work.”

The Asian Age had earlier had reported on a confidential report by the then-chief conservator of forests of the mangroves cell which claimed that Essel Group’s Pan India Paryatan Ltd (PIPL) destroyed mangroves to carry out the construction of a resort in Gorai’s wetlands. The New Link Roads Association Forum claimed that 50 acres of wetlands had been destroyed.

Reacting to the allegations the spokesperson of Essel Group said, “This information is completely devoid of facts and misleading in nature. We would like to assert very clearly that in full compliance with the directive of the relevant authorities. We had removed the agronets when we were asked to remove them. As a matter of company policy, EsselWorld has always complied with all the laws and rules and regulations and will continue to do so.”