Mr Merchant alleged that the BMC was sitting on the report doing nothing and Desai has been made the scapegoat. 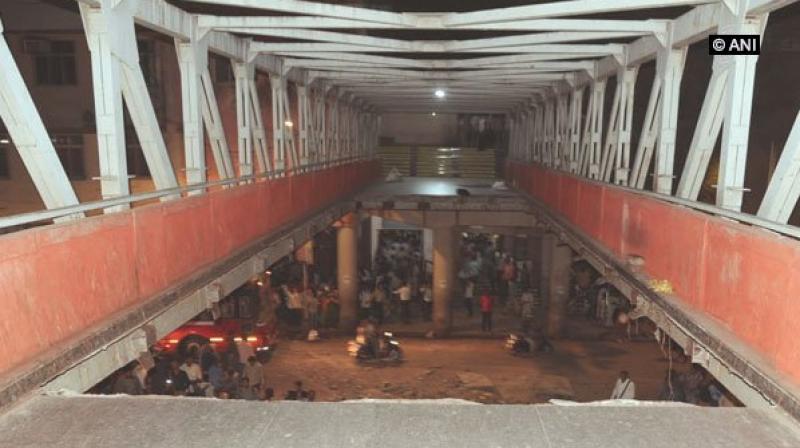 Public prosecutor Mangesh Arote contended before the sessions judge S.M. Azmi that the claim made by the applicant that the audit report, submitted by him was valid for only six months. “It is not written anywhere that the report was valid only for six months,” he said.

Desai’s lawyer Rizwan Merchant on Thursday contended that as per tender, the civic body was supposed to provide his client Mac lifter in order to enable an expert to reach out to sections of bridges where it was not possible to reach due to extra height. He had also claimed that Desai had written a mail to Brihanmumbai Municipal Corporation (BMC) seeking Mac Lifter because the bridge was at the height of six meters and it was not possible to reach there and inspect  the underneath of the bridge. According to him, BMC never provided Mac lifter to Desai.

He also claimed that BMC was claiming that  Desai failed to do his job but only took money. However, Mr Merchant pointed out to the court that payment to Desai was released in phase wise manner and payment for certain work was released only after that work was completed.

He also claimed that the BMC had issued him 100 per cent work completion certificate for carrying out structural audit of 16 bridges so it cannot claim of him doing nothing now.

Mr Merchant alleged that the BMC was sitting on the report doing nothing and Desai has been made the scapegoat. Mr Arote, however, argued that the mail, seeking Mac lift, was sent after the audit report of Himalaya Bridge was submitted and Mac lift was demanded for other bridges.

His arguments would continue on Friday.