On Friday (April 6), Mukerjea was taken to JJ Hospital after she fainted inside the prison cell. 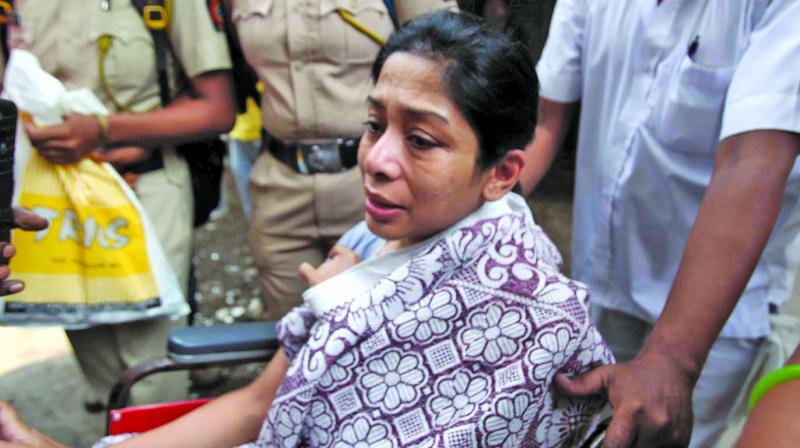 Mumbai: An inquiry into the drug overdose of Indrani Mukerjea, the high-profile inmate of the Byculla women’s prison who claimed a threat to her life, is focusing on her 10-man police escort team.

Prison officials have taken the statements of four of the personnel on the team that escorts Mukerjea (41) a key accused in the 2012 Sheena Bora murder case, to the court and back.

Special IG (Prisons) Rajvardhan Sinha will record Mukerjea’s statement on Thursday which is expected to cover the drug overdose as well as her claim about a threat to her life. Mukerjea said after her discharge from the state-run JJ Hospital on Wednesday that there was a threat to her life. Mukerjea had been treated at JJ Hospital in October 2015 also on being round in an unconscious state in her cell due to a suspected drug overdose.

On Friday (April 6), Mukerjea was taken to JJ Hospital after she fainted inside the prison cell. Prison officials said that the escort team is of Mumbai police and hence they had to seek the details of the personnel from them.

“There were a total of 10 police personnel in her escort team. We have recorded the statement of four members till now and the process will continue on Thursday. Mukerjea will also be questioned on the revelations and pertaining to what happened,” said an official from Byculla women's prison.

The investigators said they have recorded the statement of 18 people so far. However, nothing has become clear so far, even as the full medical reports from the FSL are awaited.

The investigators are also scanning footage from the CCTV cameras inside her prison barrack and also the court premises where she was taken by her escort team for the ongoing trial.

The probe is seeking to find out how and where the dosage was administered, whether inside the prison premises or on the court premises.

Mukerjea was admitted to the hospital on April 6 where she was brought in a “semi-conscious” condition from her cell in the Byculla jail.

A significant presence of the anti-depressant drug, Benzodiazepine, in Mukerjea's body fluid samples implied that she had consumed the drug in a large quantity.

“The reports of her urine sample showed a significant increase in the level of benzodiazepine, a class of anti-depressants,” said Dr. Sanjay Surase, the superintendent of the JJ hospital. “Her vital parameters are normal, she has started accepting oral feed and her fever has also reduce yesterday evening so she was fit to discharge,” he added.