Before the Diwali, the diesel fired steam engine train will be run from Neral to Matheran for tourists. 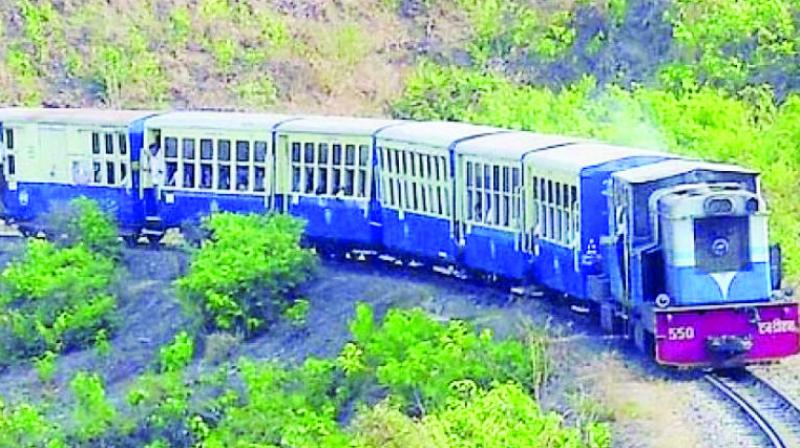 At present, the CR is doing a trial of diesel fire steam engine on the stretch of Matheran to Neral.

Mumbai: In bid to promote sustainable tourism in Matheran, the Mumbai division of the Central Railway (CR) has planned to enter into an understanding with the JJ school of Arts and Indian Railway Catering and Tourism Corporation (IRCTC). Before the Diwali, the diesel fired steam engine train will be run from Neral to Matheran for tourists.

At present, the CR is doing a trial of diesel fire steam engine on the stretch of Matheran to Neral. Third trial of steam engine was conducted On Wednesday. A ceremonial trial will be conducted on April 14, which will be attended by the general manager and Divisional Railway Manager (DRM).

The CR has given a name to this service “Ceremonial Service”. A diesel loco will be coupled with two coaches. The service will be run from Aman Lodge to Matheran station.

A CR official said that a coach will be converted into a restaurant that will be revolving. “The work pertaining aesthetic and beauty of Matheran will be assigned to JJ school of Art and to increase the tourism at Matheran, the IRCTC will help out the railways,” he added.

Speaking with The Asian Age, Additional DRM, Vidyadhar Malegaonkar, said, “To encourage tourism, the Mumbai division is exploring the possibility of entering into understanding with IRCTC. Further to maintain heritage structures and artefacts at, it has suggested JJ School of Art for an expert advise.”

Speaking with reporters at his chamber, DRM, S.K. Jain said that the IRCTC is running a special train for the tourists. Those, who want to travel on steam-engine loco train, will be given an option of booking a ticket on the IRCTC website.

The steam engine services will be costlier than normal services. The speed of the service will be at 8 km/h.