After hearing the arguments, the judge allowed CBI’s application for issuance of a NBW against Choksi. 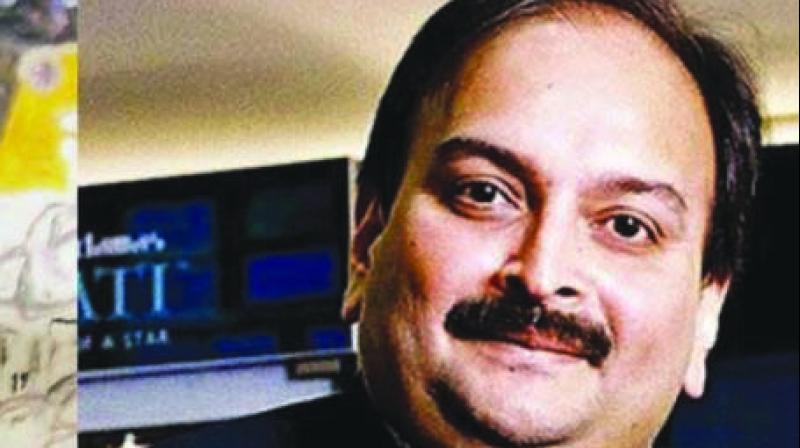 Mumbai: A special Central Bureau of Investigation (CBI) court on Wednesday allowed an application filed by the agency, seeking issuance of a non-bailable warrant (NBW) against absconding jeweller Mehul Choksi in connection with the Punjab National Bank (PNB) fraud.

CBI counsel A. Limosin on Wednesday moved an application before judge Sardar Tamboli, and argued that the agency had issued three summons to Choksi at his residential address, asking him to appear before the agency and join the investigation.

In addition, three more summons had been sent on Choksi’s email address. Notwithstanding, Choksi neither responded to the summons nor did he appear before the CBI for the investigation.

According to CBI, the agency had every reason to believe that Choksi had fled the country and was evading the process of law, and steps were being taken, including issuance of a red-corner notice, to secure Choksi’s presence and take the case to its
logical conclusion.

After hearing the arguments, the judge allowed CBI’s application for issuance of a NBW against Choksi.

In the meantime, the court rejected a bail application filed by another accused, Sanjay Rambhia, partner of auditor firm, Sampat and Mehta, which used to conduct the audit of Nirav Modi’s firms, Firestar Group of Companies.

Mr Rambhia contended that the allegations against him were false as he was not involved in any scam. Mr Rambhia also pointed out unsecured loans of `5,100 crore and brought them to the notice of the income tax department. However, the CBI opposed the bail plea.