Govt must listen to our problems: Farmers

The problems faced by them are a little different from land-owning farmers. 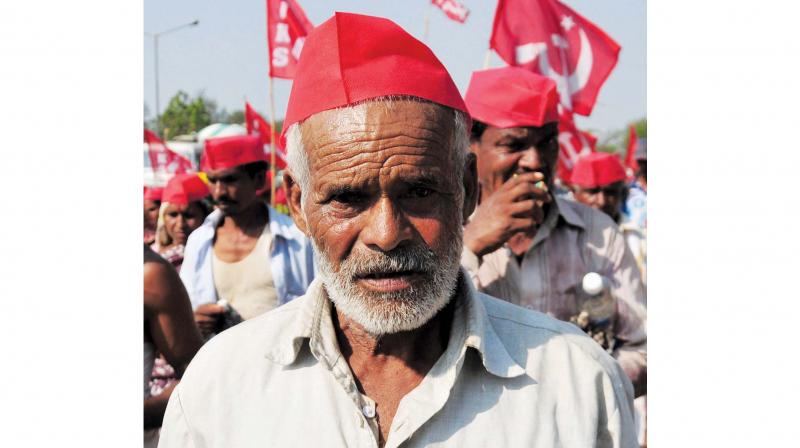 I have not studied. Even my children could not finish their studies. When there is no agriculture work, I do odd jobs and get only Rs 40-50 per day: Cheru Mahele

Mumbai: The farmers walking from Nashik to Mumbai were mostly from the tribal community. The tribal farmers have not benefited from the loan waiver announced by the government.

Cheru Pandurang Mahele, one of the elderly protesters, said that he was walking to get the land title transferred.

“At 75 I have to work and feed my family of six people. When there is no agriculture work, I do odd jobs and get only Rs 40-50 per day,” he said. When asked about his details of his family and education, there were tears in his eyes. “I have not studied, never gone to school. Even my children could not finish their schools. We have no employment, land nothing,” he said.

Vaibhav Zhirvad, a 23-year-old youth participating in the Morcha said, “I hardly earn Rs 1000 per month from farming. I have no land of my own, and I have not even completed my education till Class 10. I have a brother who works in near by industry. But our family has no consistent income. We do not even get ration food, as our cards are not renewed,” he said.

A 30-year-old woman Girija Kanal had joined the protest from Vikramgad. She has studied till Class 6 and does odd jobs to survive. “We get no facility from the government. We get no grains on the ration card. I have no fixed job. The agriculture does not pay the family. I am hoping that the government will listen to us and bring some change in our lives,” she said.