Chudawala sought pre-arrest bail claiming she was only reading out slogans. 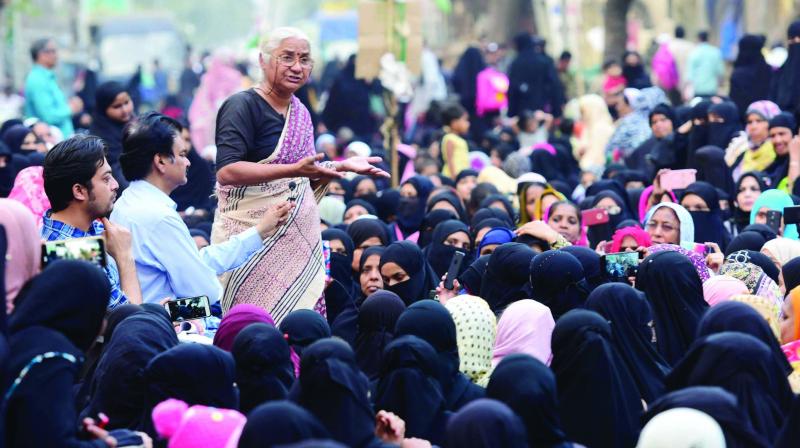 Mumbai: The Bombay high court on Tuesday granted interim relief from arrest to TISS student Urvashi Chudawala, who has been booked for sedition by the Mumbai police for shouting slogans in favour of JNU student Sharjeel Imam at Mumbai’s LGBTQ event.

Justice S.K. Shinde granted Chudawala, a 24-year-old student, conditional bail and posted her plea for further hearing on February 24. As per the court order, she would have to furnish a personal bond of `20,000 if arrested and will be required to attend Azad Maidan police station for three hours in the morning on February 12 and 13 and thereafter whenever required for questioning.

The court, while granting relief to Chudawala, noted that the sloganeering might not reflect the applicant’s ideology. When the judge asked the police if they had followed guidelines laid down by the high court in the past before registration of cases under the IPC section related to sedition, public prosecutor Deepak Thakre said that no legal opinion was taken before registration of the FIR.

As per the guidelines, before lodging a case against any person under section 124A (Sedition) of IPC, the police has to take the opinion of the district law officer/ prosecutor concerned.

Advocate Thakre also told the court that the police had apprehensions of anti-CAA protest taking place alongside the LGBTQ event and hence denied permission for a rally. The LGBTQ community had gathered at Azad Maidan on February 1 to protest against the denial of permission for the event. But as the police began apprehending protesters, slogans unrelated to the programme in question were reportedly raised.

Chudawala sought pre-arrest bail on the ground that she was only reading out slogans from mobile phone sent by someone else and that she had nothing to do with Imam.

Chudawala’s counsel contended that the slogan in question was taken out of context to allege that she wanted to spread hatred.

Her plea stated that a particular section of the society may not agree with the slogan, but that does not amount to any sedition.

The Indian Penal Code defines sedition as an offence committed when “any person by words, either spoken or written, or by signs, or by visible representation, or otherwise, brings or attempts to bring into hatred or contempt, or excites or attempts to excite disaffection towards the government established by law in India”.