He said that the state would not let the memorial get embroiled in any controversy while it is erected off Mumbai’s coast. 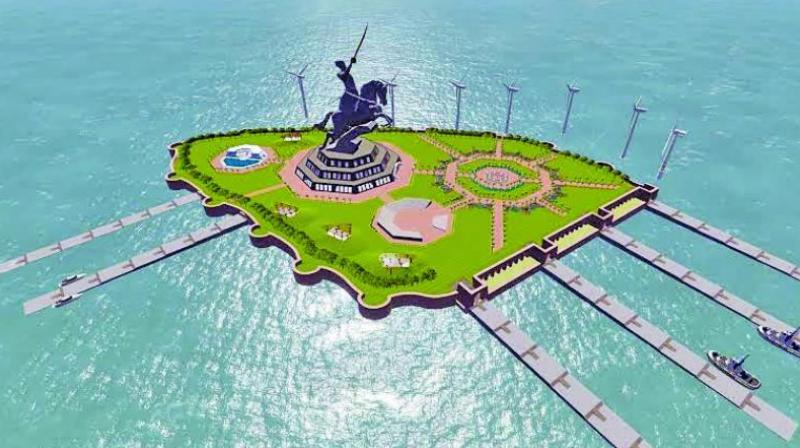 Mumbai: Chief minister Devendra Fadnavis has said that all grievances of the fishermen community regarding construction of the Shivaji Memorial in the Arabian Sea would be resolved before the monument is constructed. He said that the state would not let the memorial get embroiled in any controversy while it is erected off Mumbai’s coast.

The fishermen community has been demanding rehabilitation of the people who will be displaced because of the construction of the memorial, and Mr Fadnavis said that apt compensation would be given to all the people affected by this project.

However, fishermen insisted they would not let the memorial come up at any cost. Damodar Tandel, president of the Akhil Maharashtra Machhimar Kruti Samiti, said, “We will not let the memorial be constructed. Anyway the matter is now in court and we don’t know how long it will take to get resolved.”

Mr Tandel has called the government’s stand regarding construction of the Shivaji Memorial ‘election propaganda’. He said the BJP wants to keep the issue in the news to earn brownie points before elections. He said, “While we have taken the matter to the high court, the memorial cannot be built. It is still being talked about only to show voters that the government did its best to construct it and could not do so because fishermen took the matter to court.”

On the other hand, the CM speaking on Wednesday at the release of a book written by MLA Vinayak Mete, who was heading the committee looking into the intricacies involved in Shivaji’s statue, said, “ I am very fortunate for being able to render my services to Shivaji Maharaj. It does not matter who takes credit for construction. People with mala fide intentions were creating obstacles, and this book will answer all their questions. We will go ahead once we resolve the issues that have been raised by fishermen of the area and not allow Shivaji Maharaj’s memorial to get into any controversy.”