Mumbai: Rs 57 lakh worth of cash, jewellery recovered from thief

The accused, Radheshyam Mandal, had fled with the jewellery and cash in October 2015, at a time her employer. 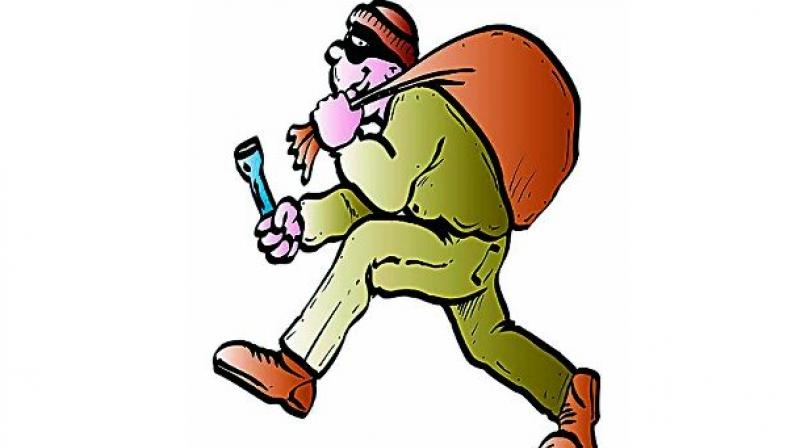 The police recovered stolen cash and jewellery worth Rs 57 lakh from a three-foot-deep pit Mandal had dug behind his residence in Uttar Pradesh. (Representational Image)

Mumbai: The Malabar Hill police on Wednesday arrested a 35-year-old man who stole diamond jewellery and cash worth Rs 58 lakh from his employer, who had hired him as her caretaker.

The accused, Radheshyam Mandal, had fled with the jewellery and cash in October 2015, at a time her employer, Laju Godhwani (71), and the latter’s children were abroad. The police recovered stolen cash and jewellery worth Rs 57 lakh from a three-foot-deep pit Mandal had dug behind his residence in Uttar Pradesh.

He was absconding since the theft and a police team nabbed the accused in Surat, Gujarat, where he was staying with his elder brother, and brought him back to the city. “Of the stolen cash and jewellery, we could retrieve all but cash of Rs 1 lakh, which the accused had already spent,” said a police officer.

The officer added that Ms Godhwani is a widowed housewife who lived alone in her Malabar Hill flat. She had employed Mandal in May 2015.  The police officer said, “ When the victim had gone to her sister’s place in October 2015, the accused allegedly had stolen all her diamond jewellery, worth Rs 54 lakh, and Rs 4 lakh in cash kept in a bag.”

The police had been hunting for Mandal since then, and came to know about the address of his native place in 2016. When police officers went there, they found that Mandal’s brother had deposited Rs 2 lakh in his bank account. The police then arrested the brother at the end of the 2016.

Senior PI Bhaskar Sawant said, “ We received a tip-off about Mandal hiding at his elder brother’s place in Surat, and sent a team to trap him there. He was unaware about our movements, and we were thus able to nab him from his brother’s house.