The Shiv Sena is hoping that the SEC might give the green signal to pass the proposal at the earliest. 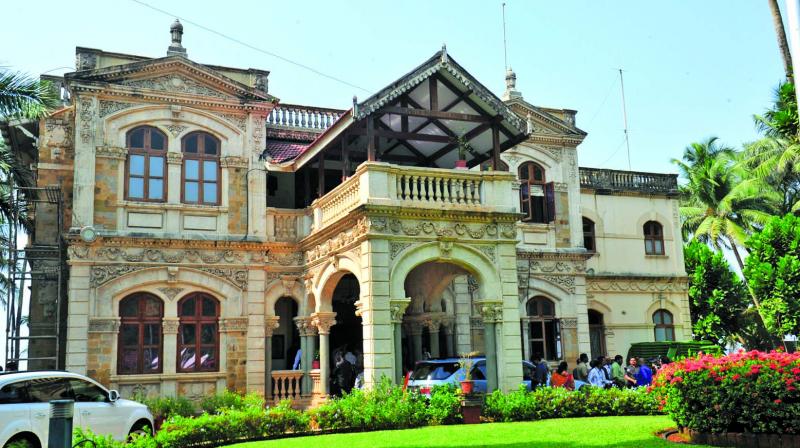 The Mayor’s bungalow was approved as the site of the memorial before the poll code of conduct kicked in.

Mumbai: The BMC improvements committee on Wednesday approved the proposal of allotting mayor’s bungalow at Shivaji Park for constructing Bal Thackeray memorial in the city. Despite this, the forthcoming municipal polls are likely to delay the project for several months.

In a bid to beat the election code of conduct, the BMC had convened a special meeting with its improvements committee, in which the proposal to lease 11,500 sq mt of the mayor’s bungalow plot for constructing Thackeray memorial at a nominal rate of one rupee per annum for a period of 30 years, was passed unanimously.

However, as the code of conduct for BMC polls was announced by the state election commission (SEC) on the same day, the entire exercise to expedite the process of building a memorial will be stuck. It is likely to kick-start only after the polls are complete. But the election results will also prove to be a decisive factor in this regard.

“The proposal passed in the improvements committee will be tabled in the BMC general house for the final approval,” said a senior civic official. However, the house is unlikely to consider it during the existing period of code of conduct, said sources.

The Shiv Sena is hoping that the SEC might give the green signal to pass the proposal at the earliest. “To present the proposal before the house, the civic administration will have to seek permission from the SEC. We will pursue the matter with the municipal commissioner,” said civic standing committee chairman, Shailesh Phanase from Sena.

“The memorial will describe Balasaheb Thackeray’s journey from a cartoonist to the Shiv Sena chief. We will support the proposal in the house too,” said improvements committee chairman, Prakash Gangadhare. However, the incident has seen an evidence of growing bonhomie between the two parties just before the elections. “It might pacify the Sena to forge an alliance with us,” said a civic BJP leader.