There has been no development apart from trees planted in the periphery on August 1, 2016 of the demarcated two acres area. 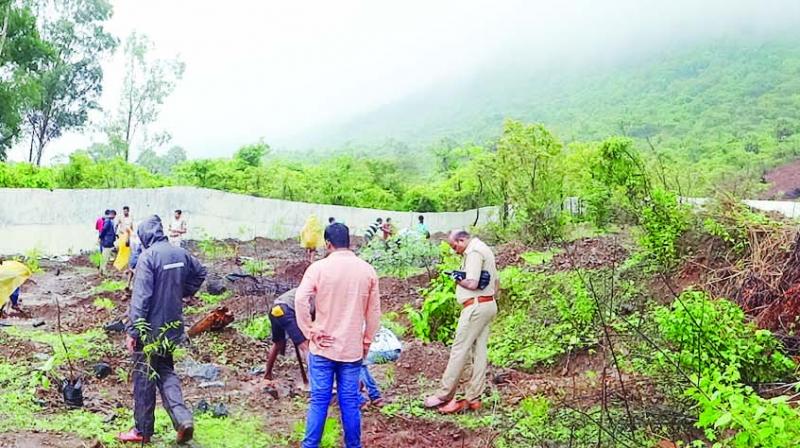 The area where the centre is to come up.

Mumbai: The transit centre for rescued animals that was to be constructed from November 30 at Shil Phata, Kalyan, after being planned two years ago, is still on hold.

There has been no development apart from trees planted in the periphery on August 1, 2016 of the demarcated two acres area. According to sources, senior officials from the state forest department had asked the Thane Forest Department to commence work for the transit animal centre. The two animal hospitals in the city, the Bombay Society Prevention of Cruelty to Animals and Thane Society Prevention of Cruelty to Animals (TSPCA) lack space due to the large number of animals being treated there.

Shakuntala Majumdar, president, TSPCA, said, “Since the past three days, we have been forced to refuse admission of new animals due to the hospital being full. On Friday night we had to refuse taking a rescued monkey to the forest department too. There are certain Standard Operating Procedures (SOP) with respect to treating the animals.” Explaining further, Ms Majumdar said, “The city is in urgent need of transit rescue centres as there is no place to treat the injured and rescued animals before releasing them in their natural habitat.”

Pawan Sharma, founder, Resqink Association of Wildlife and Welfare, said, “Many a times even after rescuing the animals, especially monkeys and birds, it gets difficult to find space to keep them until the treatment of their injuries or wounds.”

Deputy chief conservator of forests Kishore Thackrey said, “The delay is as we are waiting for Central Zoo Authority clearance. I am trying my best to work towards the transit centre.”