Tabrez was tracked from a telephone number he used to stay in touch with his parents and brother after leaving for Egypt. 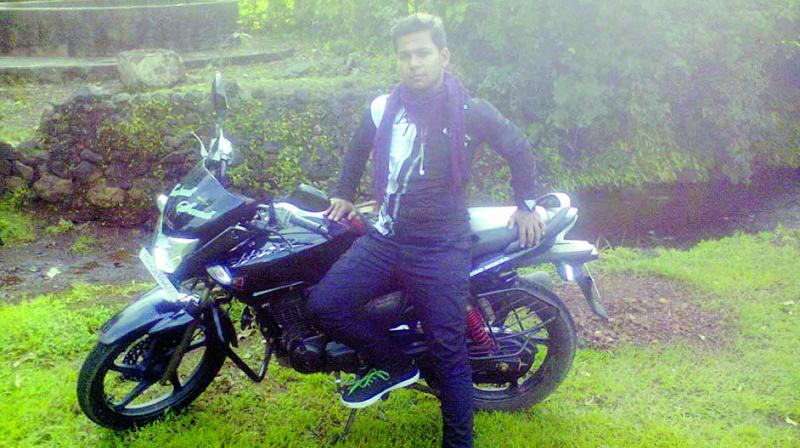 File photo of Tabrez Tambe posing in front of a bike before he went abroad to join the ISIS. He was arrested in Libya on Friday.

Mumbai: A 28-year-old youth from Thane, Tabrez Tambe, who allegedly went abroad to join the terror outfit ISIS, was nabbed by enforcement agencies in Libya late on Friday night.  Tabrez’s case came to light after his brother Saud (26) approached the Anti-Terrorism Squad (ATS) office at Kalachowkie, Mumbai to inform that his brother has joined the ISIS.

According to an ATS official, Tabrez, a resident of Mumbra in neighbouring Thane district was caught late on Friday night from the oil-rich country, where he had joined ISIS with his friend Ali.

Tabrez was tracked from a telephone number he used to stay in touch with his parents and brother after leaving for Egypt in January 2016. “We traced his number and found him in Libya. We are investigating further,” said an ATS official. The ATS plans to question Tabrez about his friend Ali, who the family alleges had lured Tabrez into joining the ISIS.

“We have not been able to trace Ali yet. It is not even clear whether he is Indian. The family suspects he is a foreign national,” said an officer. Tabrez, a graduate who specialised in handling of cargo ships from the Mumbai University lived with his family in Shildaighar area, Mumbra before joining the ISIS. He lived with his parents Noor Mohammed (father), Towhid (mother), Amaira (elder sister) and Saud (younger brother) in a small 1-BHK rented apartment at Mumbra.

“Tabrez’s wife stays in Konkan and the family would routinely travel to Dapoli where they have a house,” said an investigating officer. The officials have questioned the landlord Shama Bano Sayyed regarding the family.

The ATS is gathering information on whether some more people were in touch with Tabrez. His family members had been asking him to return to India, but in vain.  “We are questioning them about his whereabouts in Libya. We want to know whether he participated in any ISIS activities in Libya since he worked in several countries that have ISIS presence,” said an officer.