Deonar abbatoir set to get a facelift after 45 years

At present, the abattoir uses a biomethanisation unit to deal with animal waste. 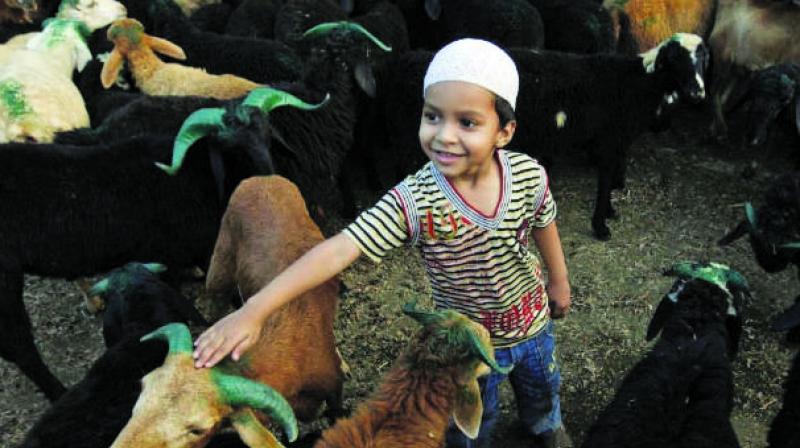 While this is part of a Rs 1,006 crore makeover, it’s the first time since the slaughterhouse became functional in 1971 that it will upgrade its machinery. (Representational Image)

Mumbai: The Deonar abattoir is set to get rows of specialised mechanical animal slaughter units, along with a brand new waste-processing unit called rendering plant, in compliance with the Food Safety Act (2006), and the Mumbai Pollution Control Board’s (MPCB’s) recent instructions to the abattoir. While this is part of a Rs 1,006 crore makeover, it’s the first time since the slaughterhouse became functional in 1971 that it will upgrade its machinery.

Dr Yogesh Shete, the general manager of the abattoir, said, “We are seeking full-grade quality machines for the slaughter of animals. As per the Food Safety Act, there is a need for hygienic production of meat. Slaughter is a specialised subject, and it needs to be done carefully in a clean environment to ensure that meat isn’t contaminated.”

The Brihanmumbai Municipal Corporation (BMC) published an expression of interest on Friday to gauge the cost of the project. Bids have been invited till January 5. The applications will be examined the next day. Following the upgrade of slaughter machines, the abattoir is set to get a new rendering machine as well. This would help in safe disposal and recycling of animal waste and by-products of slaughtering. At present, the abattoir uses a biomethanisation unit to deal with animal waste. However, the MPCB recently instructed the abattoir to purchase rendering machines that fit international standards of animal waste disposal.

According to Dr Shete, a rendering machine converts waste from animal slaughter into dry dust, so that it can safely be scattered in the premises of the slaughterhouse as a fertiliser.

Following this, the abattoir is set to get a new hide cooler, a traders’ block complete with restrooms, offices for animal keepers, a drinking water facility and a refreshment area. While the purchase and installation of machines will take about six months, the entire project is set to be completed by the end of one year. Dr Shete said, “It is high time we upgraded the systems in place at the abattoir. It’s not that they are in bad shape, but they don’t have the latest technology.”

The slaughterhouse currently has four units of machinery called slaughtering lines, oane each for sheep, goat, buffalo and pig slaughter. Each is set to get a facelift with the new machines.