This teenage Basanti owes her life to SGNP officials

Basanti, a 15-year-old captive Royal Bengal tigress, who was bitten by a venomous snake. 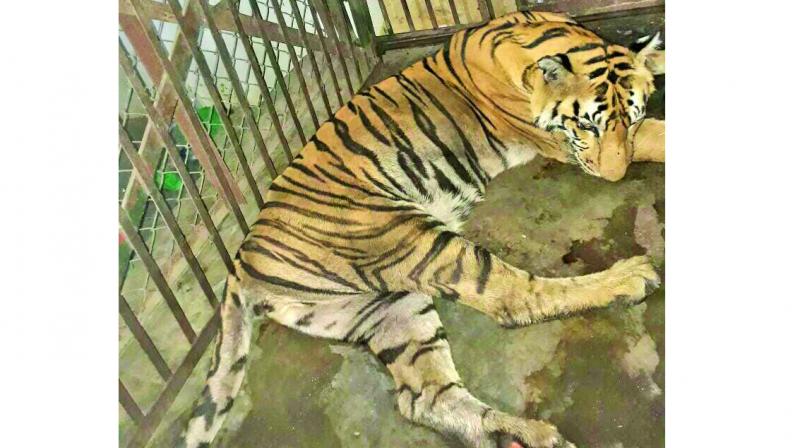 A picture of Basanti, a 15-year-old captive tigress.

Mumbai: The quick response by forest officials from the Sanjay Gandhi National Park helped save the life of Basanti, a 15-year-old captive Royal Bengal tigress, who was bitten by a venomous snake on October 26. Basanti, who was brought from the Pench Tiger sanctuary in Madhya Pradesh, was caught writhing in excruciating pain by the forest department, which immediately called up the vet. She was given an antidote and is now on her way to recovery.

The forest department has claimed that the tigress was bitten by a snake during a safari. Officials suggested that it may have been bitten on the tongue while trying to eat a reptile. “The vet gave her an antidote after which she was put on a fluid diet. She had lost her vision but now she has recovered a lot,” said Shailesh Deore, Superintendent of Lion and Tiger Safari. According to the vet, the tigress was given fluids to flush out the poison from her system. Presently, Basanti’s vision is still a little blurred but the forest department has claimed that she will recover in 2-3 days.

Officials from SGNP claimed that the collective prompt action by the forest department, the vet and the cage-keepers has gone a long way in ensuring Basanti’s recovery.