Memorial type to be finalised soon

The statue model will be decided before December 6, also the plinth work will be commenced. 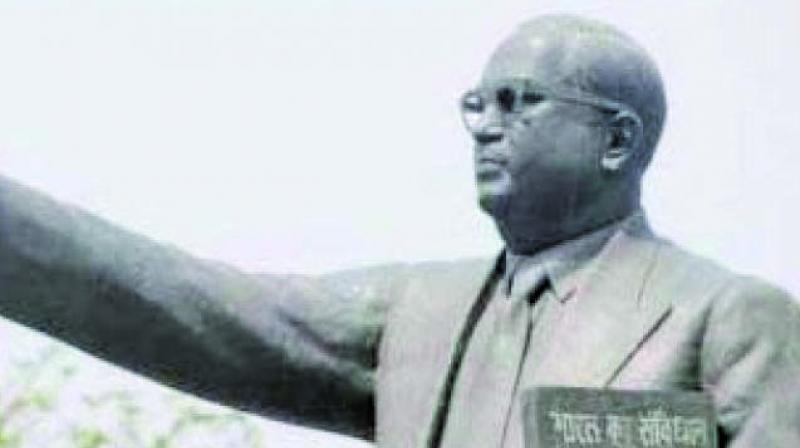 Mumbai: Chief minister Devendra Fadnavis will finalise the design and model of the Ambedkar memorial this month, according to the Mumbai Metropolitan Region Development Authority (MMRDA). Mr Fadnavis will travel to Delhi to see the demo of the statue. Two demos have been prepared, of which one is in Mumbai. The final design will be approved before December 6, the death anniversary of Dr Babasaheb Ambedkar. Also, the excavation work at the Indu Mills site will be completed by December. Mr Fadnavis will conduct the bhoomipujan at the site on the same date, the MMRDA confirmed.

“This month, Mr Fadnavis will travel to Noida, Delhi to have a look at the demo of the statue. A prototype of 1:25 scale is ready in Delhi while another one of 1:10 scale is ready in Mumbai,” said Pravin Darade, additional metropolitan commissioner, MMRDA. The height of the Ambedkar memorial will be 350 metres, and the authority received a nod from the Airports Authority of India (AAI) for this recently. The statue model will be decided before December 6, also the plinth work will be commenced. “The excavation will be completed on December, also out of the 1,300 shore piles, 600 piles have been completed,” said Mr Darade.

The statue will be constructed on the 12 acres of land in Dadar. The total cost of the project is `709 crore and it is being implemented by the Shapoorji Pallonji group. MMRDA, which is the nodal authority of the memorial, has planned an auditorium, meditation area and
a pond.

The auditorium will have a seating capacity of around 800 people while the pond will be a replica of Chavdar Tale, the main tank of Mahad where Dr Ambedkar hosted a satyagraha in 1927. It will also have an assembly hall, museum, library, garden and parking space for visitors.