The report reveals that silence zones of Wadala and Vashi exceeded permissible noise levels every day in 2017. 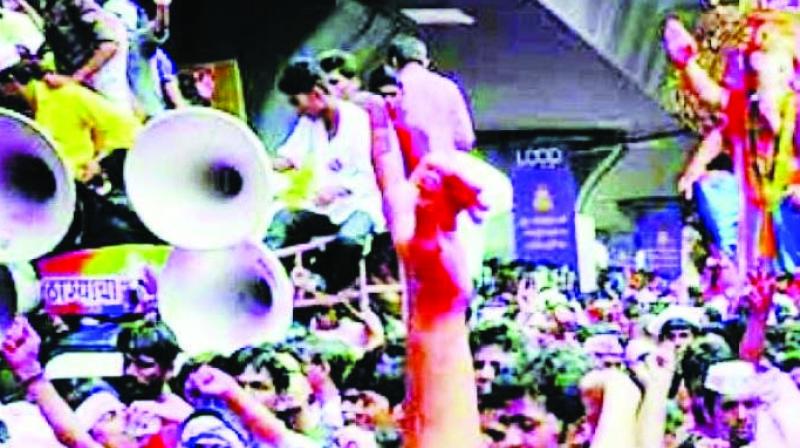 The sound level data of Mumbai city ranges between 48 dB(A) (at L&T Powai) to 79 dB(A) (at Acworth Hospital and Vashi Hospital).”

Mumbai: According to a recent Central Pollution Control Board (CPCB) report, various areas of Mumbai on a daily basis have been recording noise levels above the permissible limit.

According to the report, Acworth Hospital in Wadala, which is specified as a silence zone, recorded sound levels between 67 dB and 79 dB(A) during the daytime and 67 dB to 78 dB(A) during the night, both higher than permissible limits. The noise levels at Vashi Hospital area, too, exceeded up to 78 dB and 79 dB during the daytime and night time, respectively. Other areas of Mumbai where higher noise levels were recorded include the commercial zones at Ambassador Hotel, Nariman Point; Bandra; Sion-MPCB and Thane TMCO; industrial zones at Bisleri-Andheri; MM Kandivali and L&T Powai; and one residential zone at PepsiCo Chembur.

The CPCB report read, “Out of 10 stations, only 2 stations installed at L&T Powai and MM Kandivali meet the prescribed standards while the remaining 8 stations exceed prescribed limits for one or the other occasion and more than 90 per cent exceed noise standards was observed for both the day and night time. The sound level data of Mumbai city ranges between 48 dB(A) (at L&T Powai) to 79 dB(A) (at Acworth Hospital and Vashi Hospital).”

NEERI officers said that the CPCB report corroborates the findings of the NEERI report. “Almost all 55 locations that we observed had noise readings beyond permissible limits. A major source is traffic and railways. We have recommended studies to control noise pollution like Noise ATM, a signal to be installed in the horns of vehicles which will prevent excessive honking for more than the stipulated time,” said Dr Ritesh Vijay, principal scientist at NEERI.

The Maharashtra Pollution Control Board (MPCB) has stated that the statutory body has asked NEERI to give a detailed report on the studies it has recommended, including the Noise ATM project and another project which alters the intensity of horns according to the speed of vehicles.