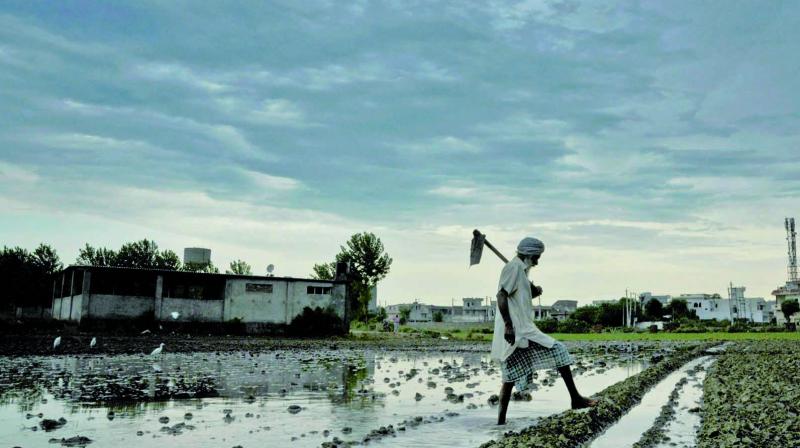 Co-operative minister Subhash Deshmukh assured an inquiry into the matter. “Our priority is to give loan waiver to farmers. (Photo: PTI)

Mumbai: A sudden decline in the number of farm loan accounts stated by nationalised and other government banks has raised serious questions about the functioning of financial institutes. State co-operative minister Subhash Deshmukh has said that an inquiry will be ordered into the discrepancy. The number of farm loan bank accounts has gone down by almost 13 lakh. The state government had declared farmer loan waiver scheme worth Rs 34,022 crore for 89 lakh farmers.

The figure of 89 lakh farmers was collected from the State Level Bankers Committee (SLBC). But now this number has reduced to 76 lakh. The reasons could be related to the criteria fixed by the government for eligibility of the farm loan waiver scheme.

But now the number of farm loan accounts stated by the nationalised banks are 29,63,841. So, the earlier figure of 43 lakhs farmers to be eligible for the scheme has come down by almost 13 lakh. Therefore, questions are being raised about the conduct of nationalised banks. “Is it an effect of new criteria or banks are not giving proper data? At the end of the day, it is people’s money. And farmers have right to get a waiver. Therefore, the government must clarify on the mess,” said farmer’s leader and MP Raju Shetti.

Co-operative minister Subhash Deshmukh assured an inquiry into the matter. “Our priority is to give loan waiver to farmers. We will try to accommodate as many farmers as possible in the scheme. So, we will conduct an inquiry,” said Mr Deshmukh.

It is being said that as the state government finalised exact criteria for loan waiver scheme after the initial announcement, banks could have adjusted their numbers accordingly.

Therefore, to accommodate more farmers in loan waiver scheme, the government may need to consult against with SLBC.