The first seizure was made from near the Bhandup pumping station on the Eastern Express Highway. 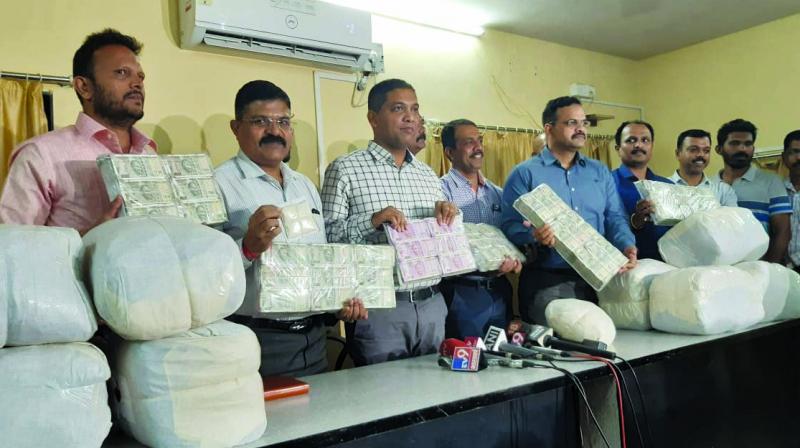 The officials first intercepted a tempo and arrested two of the accused in possession of 9 kg MD.

The officials first intercepted a tempo and arrested two of the accused in possession of 9 kg MD. The first seizure was made from near the Bhandup pumping station on the Eastern Express Highway, officials said.

During their interrogation, the officials learned about the sophisticated production unit that was operating out of the neighbouring district. The ATS is now probing into both legal and illegal operations being run from the laboratory.

“We have also seized `1.04 in cash that was made by selling the drugs. The chemicals used for making MD are of good quality and the technology used seems the latest. The detailed network of laboratory owners and suppliers is being probed,” said an ATS officer.

The Vikhroli, Juhu and Navi Mumbai units conducted the raids and are now probing the matter. The teams are conducting searches of factories in and around the laboratory to ascertain if any other premises were being used to produce the banned drug.

The officials said that the quantum of operations at the lab were huge and hence, it was suspected that the accused might also be supplying the drug to other parts of the state.

A case has been registered against the five accused and other unidentified accomplices as per the provisions of the Narcotic Drugs and Psychotropic Substances Act and further investigation is underway.