BJP grievance cell in UP to woo MMR migrants

Maurya held a closed-door meeting on Monday night at the party’s state headquarters in Mumbai. 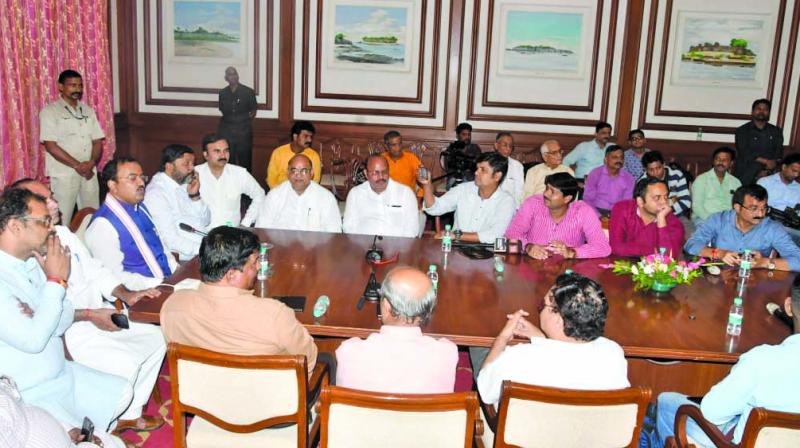 Mumbai: In a bid to woo close to 60 lakh North Indian voters in the Mumbai Metropolitan Region (MMR) ahead of the Assembly elections in Maharashtra, Uttar Pradesh deputy chief minister and Bharatiya Janata Party’s Maharashtra election co-incharge Keshav Prasad Maurya will set up a separate cell in Lucknow to look into their various grievances, including land encroachments in Uttar Pradesh.

Mr Maurya held a closed-door meeting on Monday night at the party’s state headquarters in Mumbai.

Lakhs of North Indians come to Mumbai to earn a living, even as their families continue to live in Uttar Pradesh.

It is often reported that villagers back in the state encroach upon the farmlands of these migrants, who have to run from pillar to post to get their lands back but get little support from local authorities.

A delegation under the leadership of party’s Mumbai unit general secretary Amarjeet Mishra met Mr Maurya and demanded that a resident commissioner from Uttar Pradesh be appointed in Mumbai to resolve the long-pending problem.

However, the  Uttar Pradesh deputy chief minister decided to set up a separate cell within his office at Lucknow itself.

Taking note of the complaints made by North Indian migrants in Mumbai, Mr Maurya said that many of them have been asking for a redressal if the local authorities in Uttar Pradesh did not listen to their complaints.

“I have set up a separate cell for Maharashtra in my office. The people can email me directly on dycmkpm.mh@gmail.com or make a call on 05222239990 and register their complaints. The response will be given by the cell and grievances of the people would be resolved,” he said.

Mr Maurya also said that North Indian people in Maharashtra have been given adequate representation. This will be more visible after the Assembly elections are over in the state, the senior leader added.