Accused make him apologise live on Facebook and then assault him. 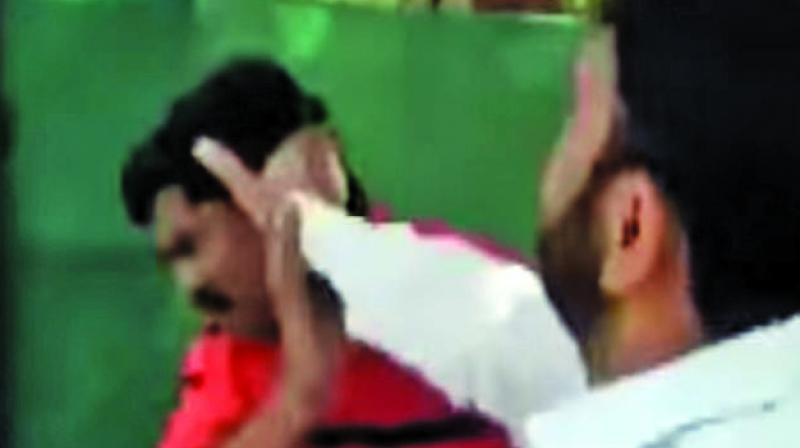 Pune: Twelve people have been booked for beating up a teacher and then posting his apology live on Facebook. The teacher had commented on Bharatiya Janata Party (BJP) minister of state for rural development, women and child welfare, Pankaja Munde’s statement, in which she  came out in support of controversial BJP legislator from Ghatkopar, Ram Kadam.

At a recent Dahi Handi event in Mumbai, Mr Kadam had said that if boys and their parents approach him, he would kidnap them. “Come with your parents. What will I do if your parents approve? I will kidnap the girl and hand her over to you,” he was heard telling the crowd.

The teacher, Sanjay Karhade, lodged a FIR against 12 people at Nigdi police station. Police inspector, Shankar Avatade said, “As per FIR, Karhade commented on Ms. Munde’s statement on the Sarkarnama news website and the accused replied by making obscene comments against Kurhade’s wife. We have booked them under the Information Technology Act and are searching for them

so that they can be arrested.” Speaking in Kadam’s defence, Ms. Munde, had stated that the MLA wouldn’t actually kidnap girls even though he made such a statement.

This news was posted on the Sarkarnama news portal, to which Kurhade  commented, “Your sister (Pritam Munde, Beed MP) is a bachelor; will you like it if she is kidnapped.”

Following his reply, the 12 accused met Kurhade and forced him to apologise live on FB. After he tendered his apology, the accused thrashed Kurhade.

Meanwhile, the Maharashtra Women’s Commission has taken suo moto cognisance of the comments made by Kurhade and has sent him a show cause notice asking him to submit his within eight days.