However, during the election of the Vice President, the Sena supported the NDA candidate. 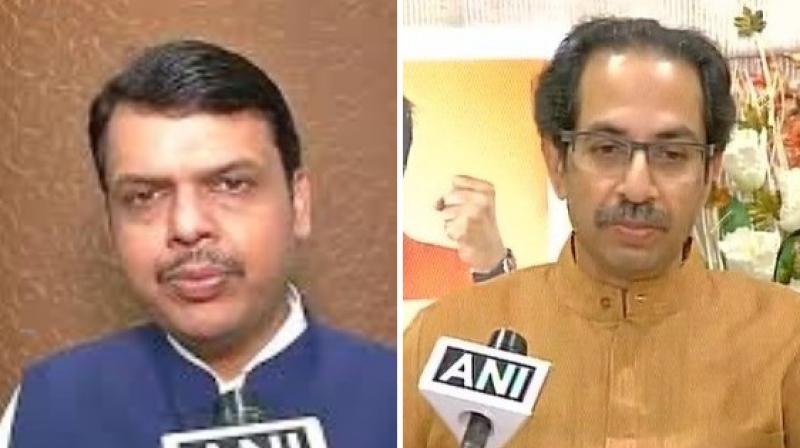 According to sources, following a request on phone by Mr Shah and Mr Fadnavis, the Sena didn’t participate in the Bharat Bandh.(Photo: ANI)

Mumbai: Even though the Shiv Sena is always slamming Prime Minister Narendra Modi and the chief minister Devendra Fadnavis government and has declared its intentions of going solo in the next elections, it has extended support to the Bharatiya Janata Party (BJP) in the face of opposition unity.

On Monday morning, while the opposition was agitating on the streets of Mumbai during the Bharat Bandh called by the Congress, Sena chief Uddhav Thackeray was with the chief minister at Siddhivinayak temple to unveil the postal stamp on Siddhivinayak Ganesh.

According to sources,  following a request on phone by Mr Shah and Mr Fadnavis, the Sena didn’t participate in the Bharat Bandh.

On the day of  the bandh, this gesture is being seen as 'rapprochement' between the alliance partners ahead of the 2019 general elections.

The Sena has always played the role of an opposition party where the BJP government is concerned.

But in times of need, it has helped the BJP. It did not support the Congress-led opposition so as to maintain good relations with BJP.

But at the same time, the Sena also abstained during the no-confidence motion in the Lok Sabha against the Modi government, despite requests from BJP president Amit Shah and Mr Fadnavis, which created tension between the alliance.

However, during the election of the Vice President, the Sena supported the NDA candidate.