Fire breaks out in commercial building in Mumbai's Andheri

A fire official received burn injuries on his hands and was taken to the Cooper Hospital for treatment. 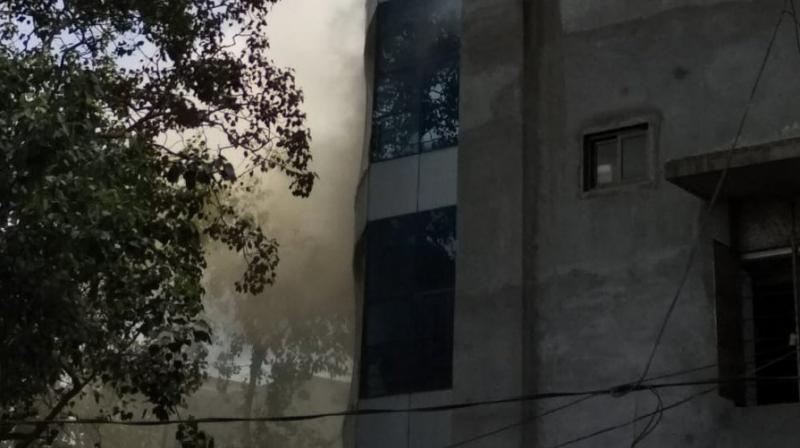 Mumbai: A fire broke out Tuesday in a commercial building in suburban Andheri, an official said.

A fire personnel received burn injuries while trying to douse the flames, he said. The blaze erupted around 10 am on the second floor of the seven-storey building at the Madhur Industrial Estate in Andheri, a fire brigade official said.

"The fire was confined to the electric wiring and office furniture of a medical store situated on the building's second floor," the official said.

Eight fire fighting engines, a water tanker and five ambulances were rushed to the spot, he said, adding that efforts were on to douse the blaze, he said. A fire official received burn injuries on his hands and was taken to the Cooper Hospital for treatment, he added.

"No office-goer was injured in the mishap," the official said, adding that the cause of the fire was yet to be ascertained.