The duo had slowed down the train after spotting the mudslide, ahead in track’s route. 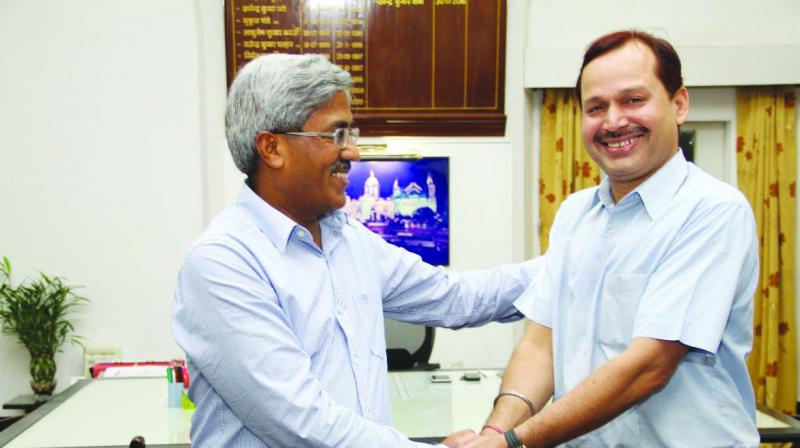 Mumbai: Duronto Express’ loco-pilot, Virendra Singh, whose timely action helped in limiting the damage due to train’s derailment near Asangaon on August 29, said that his years of practicing Yoga helped him in keeping his cool when the accident happened. Mr Singh and Abhay Pal, senior assistant loco-pilot have been recognised for their alertness by the chairman of Railway Board, Ashwani Lohani.

The duo had slowed down the train after spotting the mudslide, ahead in track’s route. They have been credited for being alert when the mud-slush came crashing down onto the train at Asangaon.

Mr Singh has said that his lifelong practice of Yoga led him to keep calm and work with a clear head in the face of such a crisis. He said, “Yoga teaches you to keep your head calm and I have meditating for most of my adult life.” He further said that his mother taught him the value of meditation and it was this habit that helped him through the years while working for the Railways and on the fateful day of the Duronto derailment.

Mr Singh and Mr Pal were felicitated by the newly appointed chairman of the Railway Board, Ashwani Lohani in Delhi.