The MSRTC had plied only seven per cent of its services across the state on Thursday. 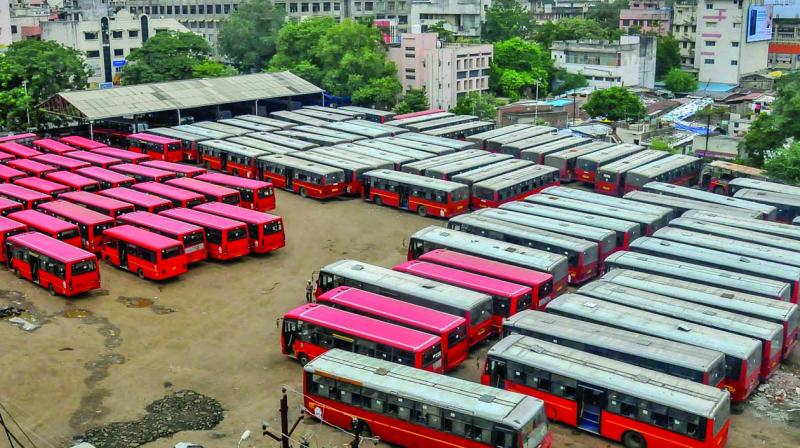 File picture of a bus depot following a strike called by the MKM activists over their demand for reservation, in Nagpur on Thursday.

The MSRTC had plied only seven per cent of its services across the state on Thursday.

The ST corporation is already suffering losses of Rs 450 crore annually, while the BEST’s transport sector is also facing a loss of Rs 900 to 1,000 crore annually.

According to a BEST official, though there was no damage to the BEST buses on Thursday’s bandh in the city, however, the public did not turn up in the city leading to fewer passengers in the buses, which resulted in loss of more than Rs 50 lakh.

A Maharashtra State Road Transport Corpora-tion official said the revenue of the ST bus is Rs 22 crore per day. However, during bandh, only seven per-cent of its services were plied across the state leading to a loss of Rs 20 crore. The ST buses make 80,209 trips everyday, however, on Thursday they made only 8,056 trips across the state.

Further, during bandh, 16 buses were damaged, out of which 11 buses were in Aurangabad, five in Nashik and one in Nagpur. One bus was torched in Nashik early on Thursday.

It is to be noted that on July 25, the BEST suffered a loss of around Rs 1.5 lakh due to damage to its buses, while revenue earning was lost reported close to Rs 50 lakh.