The police formed its view after comparing the building’s layout with the plan of the renovation undertaken by Shitap. 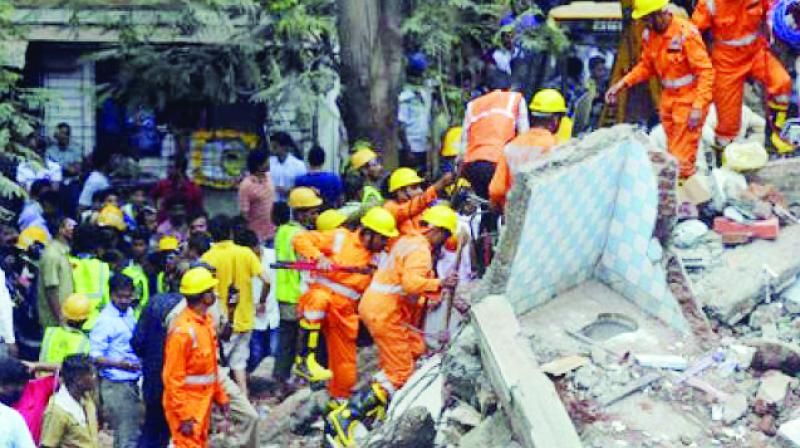 17 people had died in the Ghatkopar building’s collapse.

Mumbai: The Vikhroli Parksite Police, which is probing last month’s crash of the Ghatkopar-based Siddhi Saidarshan building, said that the owner of its ground-floor building, which was under renovation, had allegedly been negligent about the ramifications of the alterations carried out by him. The owner, Sunil Shitap, had broken the pillars a few days before the crash but had not alerted other residents of the building about it and did not take steps to shift them to an alternate accommodation till the renovation was complete, according to the police.

The police formed its view after comparing the building’s layout with the plan of the renovation undertaken by Shitap. He was arrested and is in judicial custody. The police suspects that the allegedly faulty alterations, including the breaking of load-bearing pillars in his ground-floor flat, led to the crash.

According to a police officer, “The BMC has sent the building’s original documents and map. We had gone through it and we have got the architecture plan drawn by Shitap’s team. We had tallied it and will use it as evidence to prove the fact that Shitap broke the building’s main pillar.” He said, “Two weeks before the building collapsed, the society secretary, Sunil Shitap, had placed an order for 20 iron-scaffolding props to hold up the structure after he allegedly cut the reinforced concrete columns on the ground floor.”

Senior police inspector of Vikhroli Parksite Police, Mr Jadhav said, “As per rules, the architect is not supposed to touch any pillar of the building. In this case, since the pillar was razed, it makes it  illegal on the architect’s part.”