During the rescue operation, the team used the gate of adjacent wing. 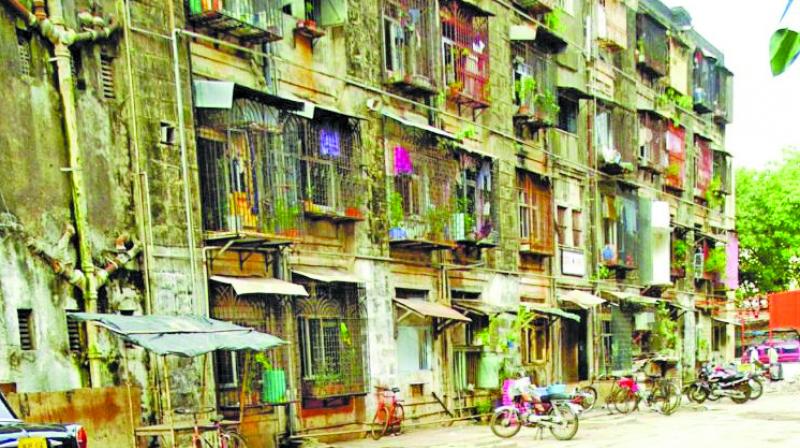 Although in an extremely dilapidated condition, the building mysteriously did not fare in the list of dangerous structures, recently declared by the MBMC.

Mumbai: A portion of a rickety building in Bhayandar collapsed and the debris blocked the staircase and entrance to around 40 flats. Fortunately, no one was injured, even as around 150 trapped residents were safely rescued by the fire brigade personnel after a four-hour long operation. During the rescue operation, the team used the gate of adjacent wing.

The incident was reported from Satya Vijay Shopping Center in the Goddev area of Bhayandar at around 9:30 pm on Tuesday. A portion of the first floor collapsed blocking the staircase of the more than two-decade-old structure, which is in existence since the gram panchayat regime and houses residential apartments and a string of commercial establishments including eateries on the ground floor.

Although in an extremely dilapidated condition, the building mysteriously did not fare in the list of dangerous structures, recently declared by the MBMC. However, it had been slapped with a notice to conduct a structural audit after mandated repair works were carried out in 2013, officials said.

Ironically, the civic administration was still waiting for reports, not only exposing the laxity in the structural audit system but also posing a serious question mark on the authenticity of audits carried out by the empanelled structural auditors who are mandated to update the public works department about the inspections and recommended corrective repairs needed for structural stability.