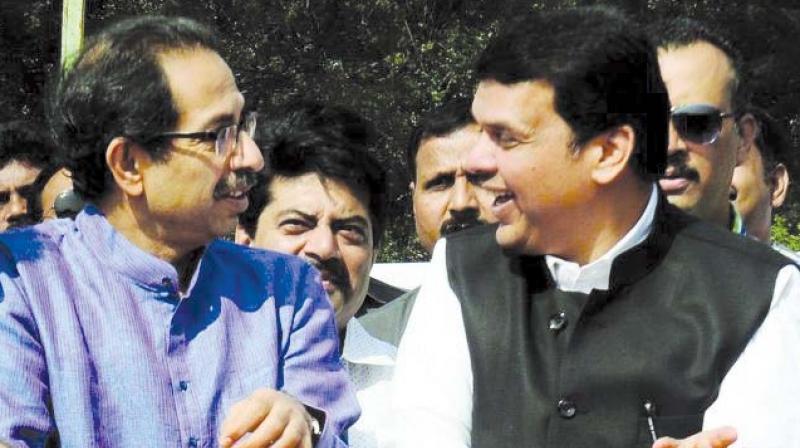 Nagpur: Chief minister Devendra Fadnavis declared in the Legislative Council that locals of Rajapur had handed over consent letters for the sale of over 2,500 hectares of land for the Nanar green refinery project.

The Shiv Sena, which has been vehemently opposing the project, remained silent in the Council when the ‘calling attention’ motion was moved on the Nanar project.

Mr Fadnavis said that the Centre would set up a west-coast refinery project in the country and if Maharashtra does not agree to the project, states such as Gujarat and Andhra Pradesh can step in because they are ready for the project.

Mr Fadnavis also announced a high-power committee comprising experts from the Indian Institute of Technology-Bombay, the National Environmental Enginee-ring Research Institute (NEERI) and Pune’s Gokhale Institute to assess the environmental, technical and social impact of the project.  The chief minister also declared that industry minister Subhash Desai didn’t have the power to scrap the land acquisition for the project.

Mr Desai had sent a proposal to cancel the land acquisition for the project — to which the government is yet to take a decision.

Mr Fadnavis said, “Shiv Sena leaders and the industry minister don’t have powers to cancel the land acquisition done under the MIDC Act for a project of the Union government, and these powers are vested in the high-power committee of the chief secretary and chief minister.”

Mr Fadnavis was responding to the calling attention motion moved by the Congress MLA Sanjay Dutt on the project. Mr Dutt pointed out that though Mr Desai had declared the cancellation of the land acquisition, Mr Fadnavis said that he has no powers to cancel the land acquisition. “So what is the stand of the government on the project and why had the Centre made an agreement with Saudi oil giant Aremco to set up the project if the state is yet to take the decision,” Mr Dutt had asked. Congress MLA Bhai Jagtap asked for the list of residents who are ready to sell the land and whether the refinery could be set up within a distance of 2km from the Jaitapur atomic energy project.

In his reply, Mr Fadnavis said, “We are trying to convince people who are opposing the project and got consent letters for 2,500 acres out of the 15,000 hectares required for the project. We can’t declare the list because some may face threats to their life. We can share it with the Leader of Opposition and a few MLAs. We will not enforce the project if it receives opposition from residents.”