In possible trend, 35 BMC schools to be privatised

According to the civic officials, the agencies will be provided only the municipal schools to operate. 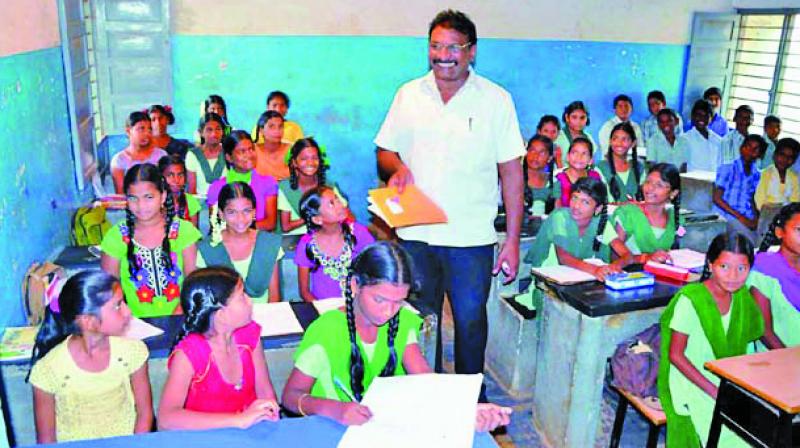 Representational image of a municipal school.

Mumbai: In what can be called as a first step towards privatisation of municipal education, the Brihanmumbai Municipal Corporation (BMC) is planning to give 35 of its Marathi Medium municipal schools to private agencies to run. Despite Shiv Sena, a pro-Marathi party, being in power, all these schools will be converted into English medium schools.

These schools have been shut due to lack of students. The proposal to allot them to private NGOs was passed in the BMC group leaders meeting on Monday.

According to the civic officials, the agencies will be provided only the municipal schools to operate.

All the expenses, including the staff salary, will be borne by them. However, students will not be charged any fees and they will also be provided the 27 educational items like the students of other municipal schools.

“While these schools would be given to private NGOs to run, their entire control would remain with the BMC. We have decided to allot the schools to private NGOs so that their well trained teachers would provide quality education to municipal students,” said Shubhada Gudekar, chairperson of the BMC education committee.

The MNS group leader Dileep Lande said that the decision would prove to be an end for the Marathi medium municipal schools in the city.

“These private NGO’s should have been asked to continue running them as Marathi medium schools instead of turning them into English medium ones. It shows the double standards of Shiv Sena, which prides itself of being a pro-Marathi party,” he said.

Opposition leader Ravi Raja said that it is a ploy to privatise the municipal education.

“The fact that these schools are shutting down shows the failure of Shiv Sena to improve municipal education. The decision would be detrimental to other municipal schools, whose students would also quit and join privately run schools,” he said.