Fliers have mixed reaction to move to serve only veg food on domestic flights. 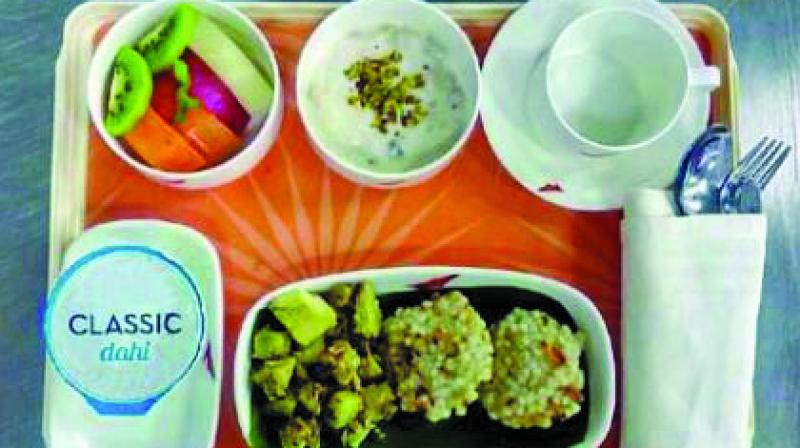 Air India has said that the move will reduce costs and improve catering services.

The airline had, in 2015, taken a decision not to serve non-vegetarian food on flights with travel time of less than 1.10 hours.

A few fliers told The Asian Age they were disappointed with the decision. Gautam Ruparel, who frequently flies with the airline, said, “Air India is known for its variety of quality food. I am a person who flies with Air India when I go backpacking, and I am assured that I don’t have to look for extra food after my journey. The decision to stop serving non-vegetarian food is really depressing.”

Sputhi Gowda, a Santa Cruz resident, said, “If the reason behind the move is to reduce costs, it makes no sense. Today one kilogram of chicken costs less than a kilogram of paneer. Also, how could an airline have better catering services when it is not providing the food demanded and loved by the people?”

However, Nivedita Oak, another frequent flier, said, “If Air India has taken this decision, it might have thought of something relevant that we are not able to understand. There are anyway just two airlines that offer you food unlike low-cost carriers.”

Insiders have said that non-vegetarians account for a small part of the passenger load in domestic sectors. Sources also said that sticking to vegetarian food would avoid any confusion.

Vistara’s spokesperson, however, said, “The ad is simply a part of Vistara’s regular promotions and has nothing to do with Air India.”