Reportedly, the truck driver lost control completely as the road had turned slippery due to the rains and rammed into the car. 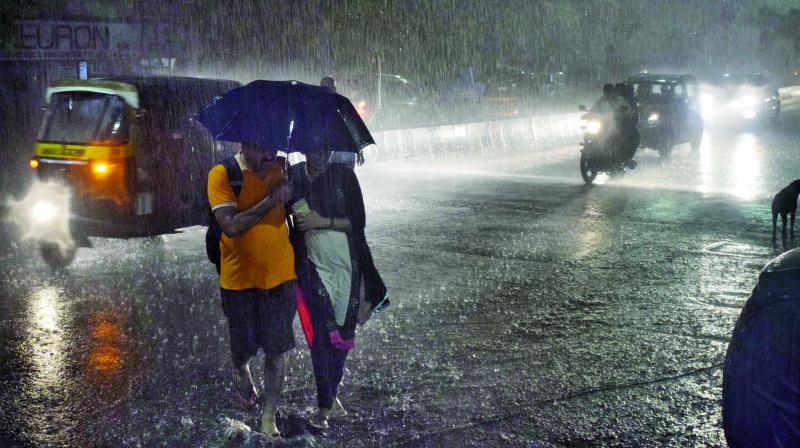 The truck driver lost control completely as the road had turned slippery due to the rains. (Photo: DEEPAK KURKUNDE)

Mumbai: In a freak accident around 1 am Monday, a rickshaw got crushed between a truck and a bus, killing two persons travelling in it. The mishap occurred at the Amar Mahal bridge at Tilak Nagar, Chembur, even as the city witnessed its first monsoon showers.

Reportedly, the truck driver lost control completely as the road had turned slippery due to the rains and rammed into the car. The Tilak Nagar police has arrested the truck driver.

The rickshaw driver Subhash Bind was ferrying his passengers Sufiyan Ansari and Mona Mirza to their destination at around 1 am. While passing the Amar Mahal junction towards Thane, a truck hit the auto from behind which dashed the bus before it. The truck driver failed to control the speeding vehicle so much so that the auto got crushed between the truck and the private bus it had dashed into. All three people in the auto were grievously injured.

Some of the passers by took the auto driver and the two passengers to Rajawadi hospital, Ghatkopar. However, Mr Bind and Mr Ansari succumbed to their injuries and were declared dead by the hospital. Co-passenger Ms Mirza is critical and under treatment at Raja-wadi hospital. The truck driver is in the custody of Tilak Nagar police.

The Amar Mahal junction and the nearby Chedda Nagar junction are accident-prone spots and many mishaps occur here, especially around midnight after the signals go off.