Fishermen affected by MTHL will get Rs 20 crore

According to officials, fishermen from 17 villages will be impacted. 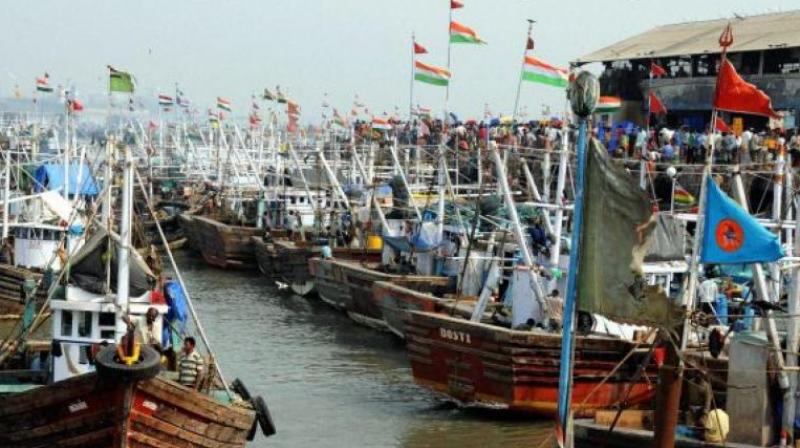 The project work is stopped during the monsoon. (Photo: Representational/File)

Mumbai: The Mumbai Metropolitan Region Development Authority (MMRDA) will soon disburse Rs 20 crore to the fishermen who are affected due to the Mumbai Trans Harbour Link project, which will connect Sewri to Nhava Sheva. More than 1,500 fishermen from the areas like Mahul, Trombay, Ulwe, etc. will get their compensation. The mentioned amount has been handed over now to the fisheries department, and it is part of the authority’s first instalment. The remaining fishermen will be compensated in next few months. The project work is stopped during the monsoon.

In total, Rs 36 crore have been planned to be given to the affected fishermen in instalments. “We have given the first instalment of Rs 20 crore to the fisheries department, hence the compensation will be given away in the coming week,” said Sanjay Khandare, additional metropolitan commissioner, MMRDA.  According to officials, fishermen from 17 villages are affected due to the project. “The committee set by the authority has confirmed that 1,165 fishermen are eligible to get the compensation out of the 3,400 fishermen. The credentials of others will also be checked,” said S.N. Gajbhiye, a member of the committee set by MMRDA to decide on the compensation.

The compensation varies from fishermen who are permanently affected due to the project, to the ones who are temporarily affected.

Responding to this announcement, Damodar Tandel, chief of Akhil Maharashtra Macchimar Kriti Samiti, said, “The said compensation is not sufficient, instead if the authorities give us employment that would be better. Also, our opinion was not seeked while deciding the amount.”