Six flee with over Rs 7 lakh from temple

Armed with swords, the masked robbers overpowered the guard. 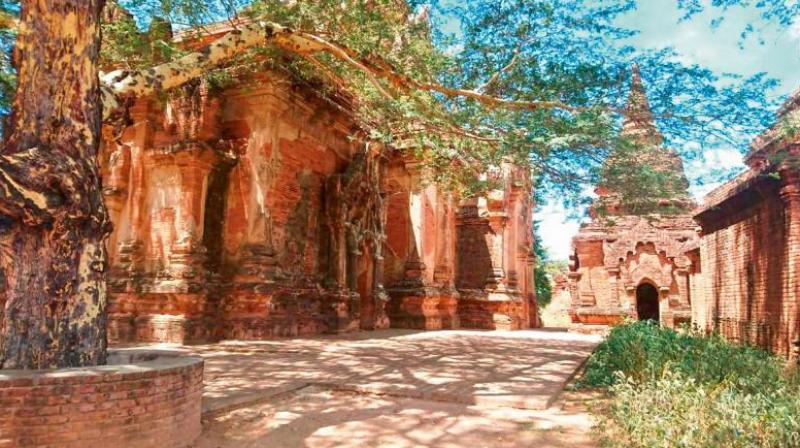 The officials said that the temple had cleared some of the donations made by visitors during the recent navratri fair while other boxes were yet to be cleared.

Mumbai: A daring heist took place at the famous Vajreshwari temple in Bhiwandi during the early hours of Friday in which at least six persons fled with over Rs 7 lakh from five donation boxes.

The accused persons, armed with swords and with masks covering their faces, overpowered the lone security guard to carry out the robbery, according to the Thane rural police.

The incident allegedly took place at around 3am after the robbers landed at the temple, gagging the watchman and tying his hands and legs. They threatened him at sword point, broke open the donation boxes and escaped with the donation money.

“The accused persons allegedly visited the temple and checked on security and other aspects before hatching the plan. They anticipated getting a good amount of money as a local fair had concluded recently in the temple. One of the robbers kept a watch while others emptied the donation boxes,” said an officer of the Thane rural police.

The officials said that the temple had cleared some of the donations made by visitors during the recent navratri fair while other boxes were yet to be cleared. The police said that the accused did not lay their hands on the ornaments of the goddess.

The locals protested and observed a shutdown following the incident. Police presence in the temple town was also beefed up to keep a check on the law and order situation.

After the robbers fled from the spot in a vehicle, the guard freed himself and rushed to a temple trustee staying at a nearby location. The police was informed and it rushed to the spot soon after.

The accused are suspected to have visited the temple as they knew the exact location of the boxes and the presence of CCTV cameras there. The cameras have captured the accused persons with their faces covered, entering and leaving the temple.

The Ganeshpuri police station has filed a case against unidentified robbers under relevant sections of the Indian Penal Code (IPC). Several police teams have been formed to track down the accused persons.