They received tip-off that call centre scam mastermind’s sister is hiding there. 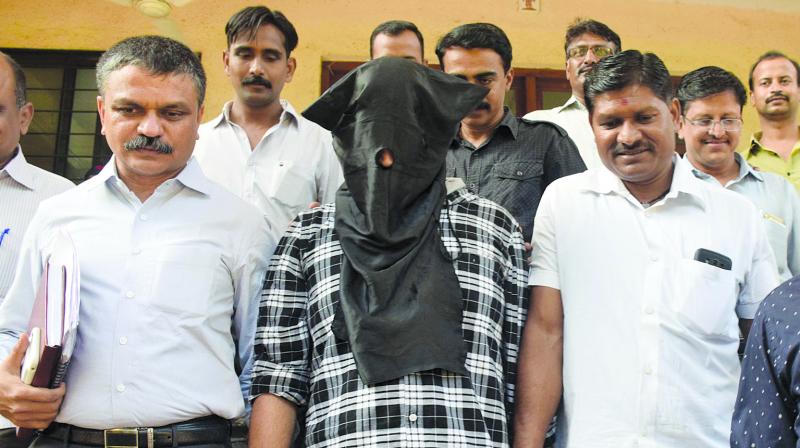 Mumbai: The Thane crime branch has sent a team to Rajasthan after receiving a tip-off that the alleged Mira road call centre scam mastermind Sagar Thakkar’s sister Reema is hiding there. Sagar was arrested last month after he arrived in Mumbai from Dubai. The call centres’ employees were accused of extorting US nationals in the name of that country’s tax and immigration authorities.

According to sources in the Thane police, they received a tip-off that Reema is in hiding in Rajasthan. The crime branch on Sunday sent a team to probe further.

”A team of five officers has been sent to Rajasthan where we suspect she is hiding. We think she is with her father, who is also missing. We are still investigating the link,” said a source. He added that the team would visit various locations in the state. “We suspect that she is in some area near Jodhpur so our team will investigate all the angles,” he said.

Reema is the elder sister of the alleged mastermind of the scam, Sagar Thakkar. Sagar allegedly controlled the running of the call centres, which involved the employees of his call centres calling US nationals posing as Internal Revenue Service officials and extorting money from them.

They would them to deposit a certain sum of money, failing which they would be arrested or would have to face legal proceedings. The scam came to light when the Thane Police busted three call centres owned by Sagar in October 2016. While Sagar went missing a few days after the scam was unearthed, he was arrested in April. Reema, on the other hand, handled the accounts (book keeping) of all the call centres.

The source said Sagar has refused to divulge information about his sister or his family. “He is giving us all the details about how the scam operated and where he sourced the data from and other such scams operating in the country and other parts of the world. But he refuses to reveal details about the location of his sister,” he said. The Thane crime branch issued a look out notice against Reema in October.