A maximum of C1 category toilets are found in the M east ward, which comprises Govandi and Mankhurd areas. 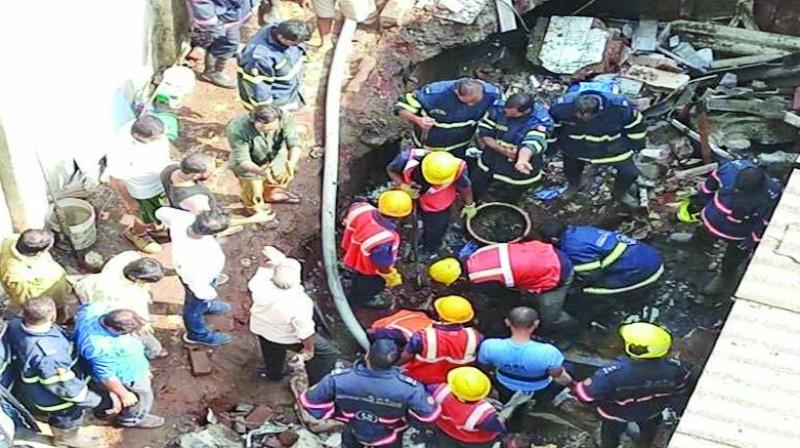 Mumbai: In the backdrop of recent community toilet collapse incidents in the city, the Brihanmumbai Municipal Corporation (BMC) has carried out the structural audit of 1,706 public toilets, of which 554 toilet blocks were found to be of C1 or extremely dilapidated category needing immediate demolition.

The Solid Waste Management (SWM) department, which heads this work, has ordered the contractors to demolish these toilets and provide temporary ones before the monsoon.

A maximum of C1 category toilets are found in the M east ward, which comprises Govandi and Mankhurd areas.

In recent such incidents of community toilets collapsing, people lost their lives after falling into septic tanks.

The toilet seats they were using to relieve themselves suddenly collapsed, taking them in.

Ashok Khaire, deputy municipal commissioner (SWM), said, “The public toilets whose structural audit we have carried out are owned by the BMC. The public toilets under Mumbai Metropolitan Region Development Authority (MMRDA) are not inspected by us. There are a maximum of C1 toilets in slum areas and we have ordered that they be demolished at the earliest and temporary toilets be provided at those places. New toilet seats will be constructed at those places but it will take a few months.”

“The toilet seats will be built under the ongoing BMC project of building public toilets. Thus, the contractors have already been appointed to build new toilet seats,” Mr Khaire added.