The Mumbai Metro Rail Corporation (MMRC), which had begun soil testing in unit 19 of Aarey Milk Colony, was absent for the hearing. 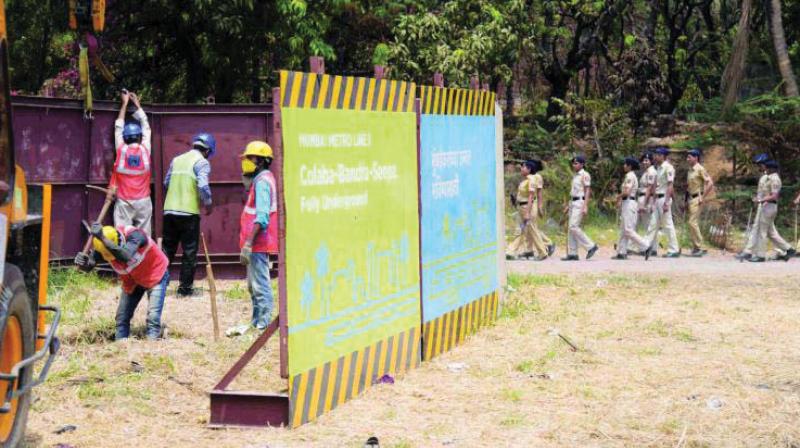 Mumbai: In what is being alleged by activists a delaying tactic, the forest department (FD) is not being able to locate one of its own reports that will help in proving whether the Aarey land is a ‘Forest Land.’ The FD asked for an extension yet again to gather proof for the same. The case is being heard by National Green Tribunal (NGT), which denied the extension and postponed the hearing till April 20.

The Mumbai Metro Rail Corporation (MMRC), which had begun soil testing in unit 19 of Aarey Milk Colony, was absent for the hearing.

According to sources, the FD asked the court to give it time of another four weeks. Priya Mishra, one of the complainants and a member of Aarey Conservation Group (ACG) said, “It is surprising how the forest department is not able to find its own report and has been seeking extensions in every hearing. This and the MMRC not turning up gives a hint that they’re aiming to delay the process.”

It all began when the complainant presented a letter dated July 22, 1980 written to the regional manager of the FD. The letter stated that 20 sq. km. of Aarey Milk Colony land was transferred from the greater Bombay Milk Scheme to the existing SGNP in 1969 and hence it should be notified as a forest. It further stated that the recreational sector of the park from the notified land should be excluded and the remaining area should be notified as part of the park under the Wildlife Protection Act, 1972.

After this letter was presented to the NGT, the FD was asked to present its report. However, the department has been asking for time from the court to locate their report. When contacted, forest officials refused to comment citing the case to be subjudiced.