NCP leader says the BJP has now become a party of goons. 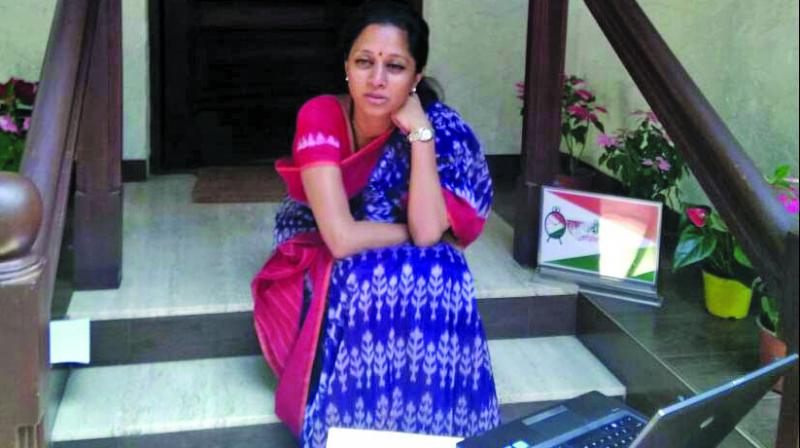 Mumbai: A friend in need is a friend indeed goes the adage but in politics there are no friends and foes. Nation Congress Party leader Supriya Sule on Friday without mincing words said that her party (NCP) will not save the Devendra Fadnavis government if the Shiv Sena pulls out its support. Ms Sule has been campaigning for the party in Mumbai where it is contesting 107 seats.

In an interview, Ms Sule, who is the daughter of NCP president Sharad Pawar made her political stand clear on several issues. Ms Sule, who has already made a firm ground in the political arena, said that she would be playing a bigger role in state politics.  Referring to the Sena’s threat to leave the state government in a lurch, Ms Sule said that her party will not support the BJP-led government. “Firstly I don’t see any possibility of Sena leaving power, but if it does, our leadership has made it clear that we will not support the BJP government. It is our clear stand,” she said.

It may be recalled that in 2014, the same NCP had offered their support from outside to the government. Ms Sule criticised the BJP for becoming a party of goons. “Whenever they accused us for supporting goons, we expelled those leaders within two hours. But now Mr Fadnavis is not talking anything despite strong criticism from all corners. The BJP has become a party of goons,” Ms Sule said.

Ms Sule also said that the forthcoming civic elections are important for her party but not a battle of prestige. Ms Sule’s comments are important as NCP is contesting most crucial battle from its inception. The party’s second rank leadership (Chhagan Bhujbal) is under scanner for various corruption charges. Political pandits have started raising questions on future of the NCP. Little wonders then that the party has started projecting Ms Sule as the ‘party face’ in the state.

Interestingly, Ms Sule has started taking keen interest in NCP’s state politics at a time when the mass appeal of her cousin Ajit Pawar, who was former deputy chief minister seems to be dwindling. Only time will tell if this leades to yet another family fued in politics.