Mumbai: 3 killed after inhaling 'toxic gases' on board barge 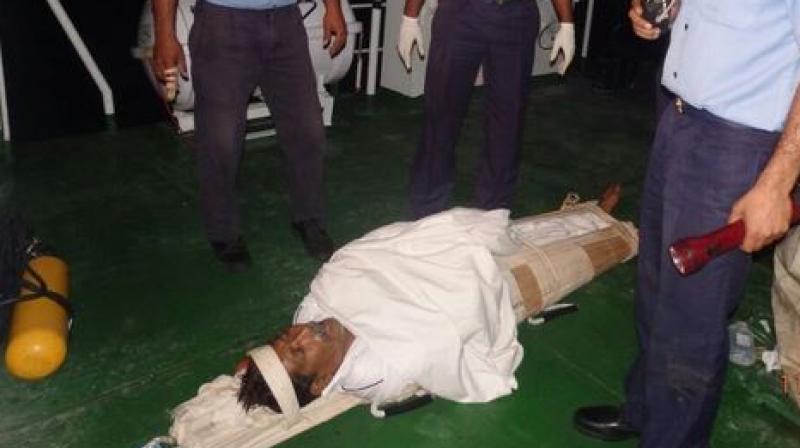 Three persons died and as many were hospitalised after they inhaled "toxic gases" generated inside the cavity of a barge off Mumbai coast. (Photo: ANI/Twitter)

Mumbai: Three persons died and as many were hospitalised after they inhaled "toxic gases" generated inside the cavity of a barge off Mumbai coast, police said on Saturday.

According to police, the toxic gases generated inside the cavity due to stocked grains and water.

When the six sailors went up to the cavity for some cleaning work, they came into contact with the toxic gases and inhaled it, resulting in death of three of them, while others suffered suffocation, a personnel at Yellow gate police station said.

The captain of the barge soon passed 'stressed call' to the Coast Guard Command Centre, Mumbai, he said, adding that there were nine people on board the barge.

Soon, Coast Guard boat C-154 was rushed to the spot and initiated the rescue operation, he added.

The victims were first taken to India Dock and later shifted to Bombay Hospital for treatment, the official said.