The state-run schools, aided schools and zilla parishad schools have the most errors according to officials. 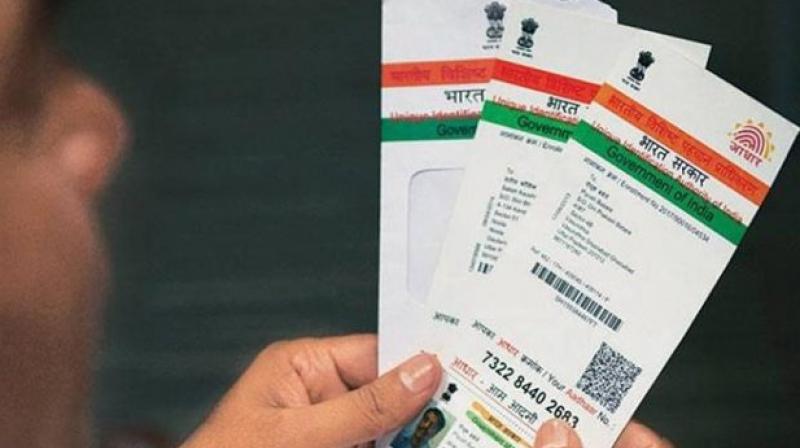 The state-run schools, aided schools and zilla parishad schools have the most errors according to officials. (Photo: PTI)

Mumbai: The state education department has asked all schools in the city to identify the over 40 per cent incorrect Aadhaar cards of students and correct them with the help of data stored in the Saral database, which has all information related to the schools, teachers and students.

According to department sources, more than 40 per cent of the Aadhaar cards are ‘invalid’ as the name, surname or date of birth has been wrongly entered into the system.

The schools, as directed by the state government, had coordinated with the UIDAI (Unique Identification Authority of India) for making their wards’ Aaadhaar cards, but inaccuracies crept into the process due to alleged clerical errors.

The state-run schools, aided schools and zilla parishad schools have the most errors according to officials.

An official close to the state education department, revealed that more than 40 per cent cases wrong because of wrong spelling of either the name or surname. “It happens because many a times, while entering the students’ details, the way the name is pronounced is different from how it is spelled. This happens especially when the name is entered in Marathi, which is also translated in English,” the official said.

The other Aadhaar cards which are yet to be finalised are stuck in the “validation” process. “Due to a minor change in the names in the Aadhaar card forms and their photo ID and other documents, these Aadhaar cards are stuck in validation process. Till both the documents aren’t matched with proper details, it won’t move forward,” said the official. According to our sources, each class has more than 30 to 40 such students who have errors in their Aadhaar card.

The department has asked all the schools to instruct the students to get other documents which will help the school to update and correct proper information. “We already have Saral which has all the information of the students. Now, we will match it with the Aadhaar information, which will be carried forward to the government. This will be like a rectifying process,” said a school principal.

On the other side, the Brihanmumbai Municipal Corporation (BMC)- run schools have more than 1,864,57 “invalid” Aadhar cards of the students out of total 7,798,57 while more than 3,442,74 are still pending. The BMC too have started the same process of verification and correcting the errors.

From Thursday, all students who have errors in their Aadhaar cards, have been asked to bring their original Aadhaar card along with other supporting documents like electricity bills, photo ID etc. These documents will be used to correct and verify by using the online Saral database in the schools itself by the school’s staff.